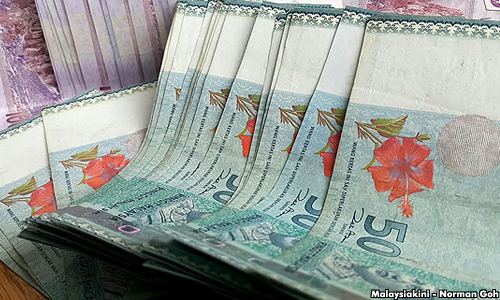 Three individuals cheated of RM21,100 by Macau scam in Penang

The police received reports from three individuals who incurred losses amounting to RM21,100, after being cheated by the Macau scam syndicate members in three separate incidents.

Barat Daya district police chief Supt AA Anbalagan said the first report was lodged by a woman, 41, a company manager who lost RM13,600 to the syndicate.

The woman received a call from an unidentified number, allegedly from the Jalan Duta Magistrate Court in Kuala Lumpur at 11am yesterday to inform her that she owed goods and services tax (GST) amounting to RM85,700.

She was then connected to two men, who claimed to be police officers from the Perak contingent and the Bukit Aman, and told her that her company was involved in drug trafficking and money laundering activities.

The woman, who was in a panic, gave the man her online banking password before realising that a total of RM13,600 had been transferred from her account.

Anbalagan said that in a separate incident, a 25-year-old bus driver was cheated a total of RM2,500 after being deceived by a man who claimed that he had wrongly registered the victim's phone number for his father’s internet banking.

In the incident on Thursday, the victim gave the TAC number to the man and only until later in the evening when he went to an automated teller machine, he found that RM2,500 from his account had been transferred to another account, he said.

In the third case, Anbalagan said a 33-year-old woman who worked as a technician received a message from a man on Facebook claiming to be from a courier service company and said that there were parcels of gifts from abroad for her to be collected but she had to pay RM5,000 for the shipping charge.

“The woman agreed and made the payment only to be asked to bank in another RM71,200. By then the victim suspected something amiss and decided to lodge a police report,” he said.

He said the three cases were being investigated under Section 420 of the Penal Code and he urged the public to be more cautious with such fraudulent activities and to immediately contact the police.