Problems that have existed for decades have yet to be resolved. While there is legislation to protect Malay land proprietary interests, shortcomings in its enforcement have prevented total Malay reserve land area from attaining the desired level. This article is the first of five parts.

It has been a good 105 years since the Malay Reservation Enactment 1913 was enforced but the core objectives behind its implementation have yet to be achieved.

There are even allegations that over the decades almost four million hectares of Malay Reserve Land (MRL) have "changed hands" and have yet to be replaced.

Some red flags were raised when the 2013 Auditor-General's Report revealed that MRL stood at a measly 12 percent as a big portion of such land has, over the years, had their Malay reserve status revoked for development purposes and was not replaced accordingly.

According to the Wasiat Raja-Raja Melayuor "Will of the Malay Rulers" that materialised just before Malaya attained independence in 1957, 50 percent of land in the Federated Malay States was to be alienated as Malay reserve.

The provision of Malay reserve land (MRL) is among the privileges guaranteed for the Malays under the Federal Constitution. It was also one of seven messages contained in the Wasiat Raja-Raja Melayu that was agreed upon by the Malay Rulers on Aug 5, 1957.

What the rulers stated was that up to 50 percent of the land (in Peninsular Malaysia) would be declared as Malay reserve land, "and the rest you can compete with the other communities".

However, over the decades, not once has MRL reached that (50 percent) target. On the contrary, the percentage had been shrinking steadily until alarm bells rang in 2013, following which there were concerted efforts to shore up the rate.
Since 1921, the total area of Malay reserve land never attained the 50 percent level.

Universiti Teknologi Mara (UiTM) senior lecturer Dr Mohd Hasrol Haffiz Aliasak, who has been researching MRL for more than 10 years now, said according to his analysis, it is estimated that MRL currently stood at 33.3 percent. 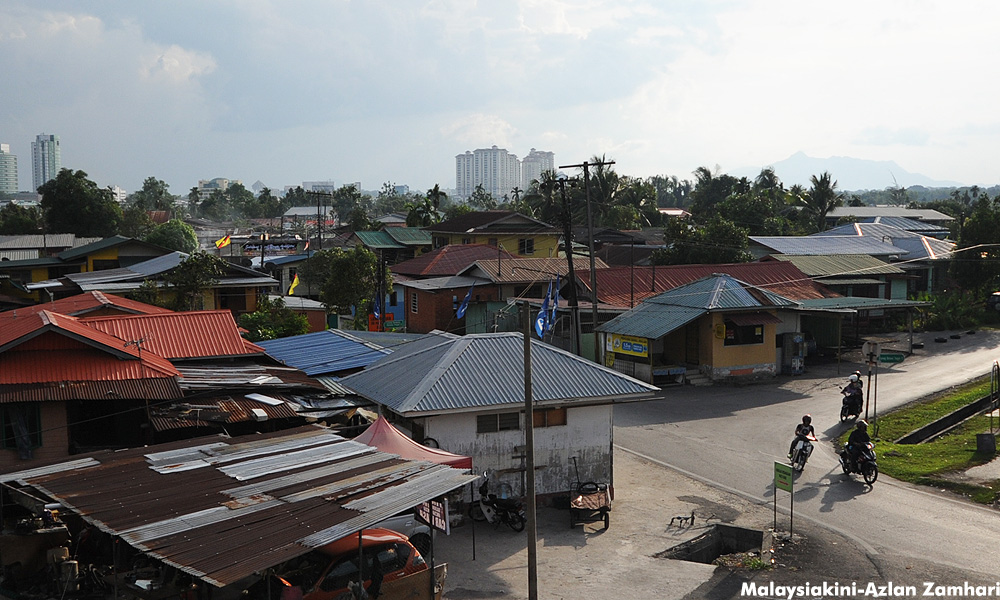 While things seem to be looking up for MRL in view of the recent hike in percentage, concerns, however, remain that the rate may tumble if the relevant authorities are not serious about protecting the interests of such land.

Also crucial to ensuring that land declared as Malay reserve remained in the hands of the Malays is resolving the various outstanding issues that, for decades, have impeded the realisation of the prime objectives of the Malay Reservation Enactment.

Under the Malay Reservation Enactment 1913, covering the Federated Malay States of Selangor, Perak, Negeri Sembilan and Pahang, all land declared as Malay reserve land "cannot at any time be sold, leased or handed over to any person who is non-Malay" unless it is declared and enacted to be void by the menteri besar.

The responsibility for the implementation of this enactment was passed to each state government, which has the authority to designate any specific area as MRL.

Reports of MRL shrinking to "critical" levels started emerging when such land, much of which was initially situated in rural areas, came under the jurisdiction of the local district or municipal councils which inevitably swelled its development potential. 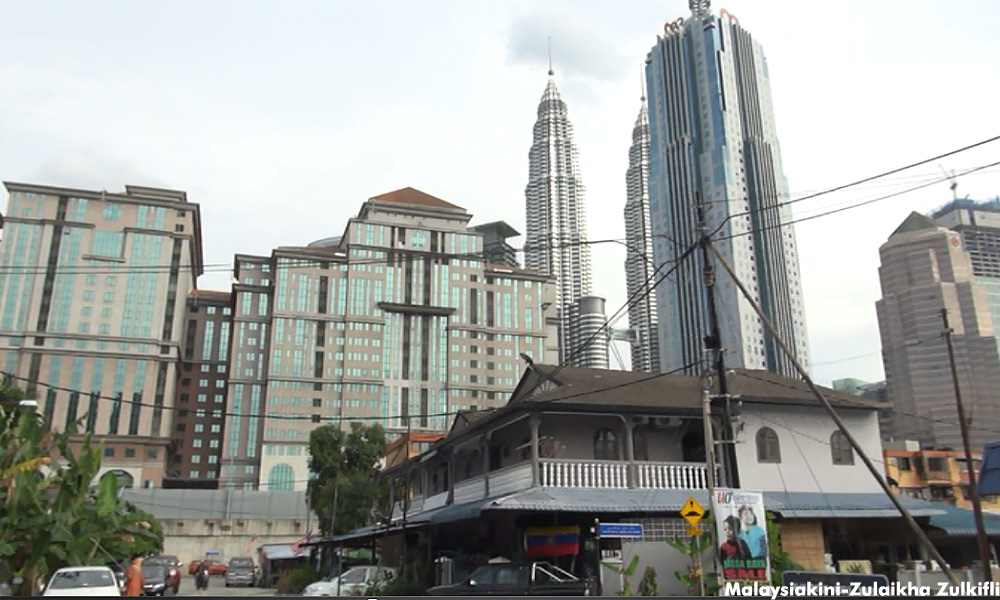 Unfortunately, land classified as Malay reserve mostly remained undeveloped due to the unflattering "second-class land'' label it is stuck with. In contrast, non-MRL enjoyed higher market values and extensive development.

In view of the situation, several Malay reserve landowners and interested parties willingly arranged to have the status of their land revoked in order to enhance its market value and competitiveness.

According to Mohd Hasrol, who is attached to the Faculty of Architecture, Planning and Surveying at UiTM's Seri Iskandar campus in Perak, currently, Kuala Lumpur has the least MRL, at 3.3 percent of the total 24, 276.54ha of land in the federal territory.

Some of the areas where the reserve land is still intact are Kampung Baru, Kampung Kerinchi, Kampung Datuk Keramat, Segambut and Kampung Padang Balang but the figure pertaining to the total size of the land there was not made available to Bernama.

In the past, several plots of MRL in Pantai Dalam, Wangsa Maju, Bukit Kiara and part of Bandar Tun Razak had been acquired for development.

Terengganu's Malay reserve land amounts to less than one percent but 60 percent of the land in the state is classified as Malay holdings. The latter is defined as Malay-owned land measuring less than four hectares (10 acres) which is guaranteed under Article 90 of the Federal Constitution. 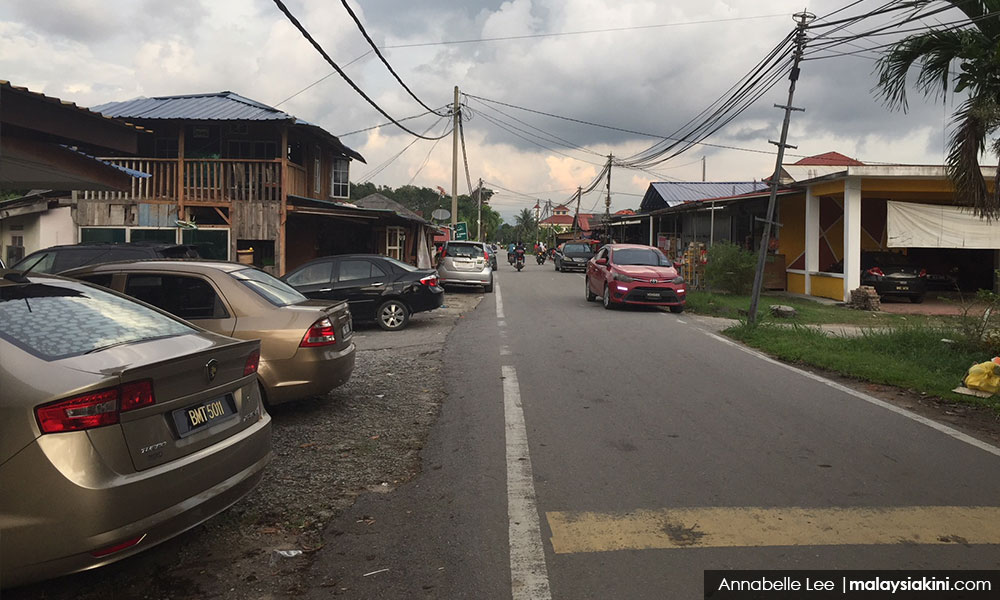 Since 1921, the total area of Malay reserve land never attained the 50 percent level.

"Although there has been an increase in Malay reserve land, it has yet to reach the 50 percent level, as stated in the 'Wasiat Raja-Raja Melayu'. We are worried because the figure can go down if there's no proper enforcement," he told Bernama in an interview, recently.

It is, however, not an impossible task to meet the specified percentage, he said, adding that it can be done if the various state governments adhered to the provisions enshrined in their respective Malay Reservation Enactment, as well as the Federal Constitution.

Under Article 89(3)(b) of the Federal Constitution, if the status of the Malay reserve land is revoked, "this entails a duty for the state to replace the land with another land of similar character and area".

Said Mohd Hasrol: "It is clearly stated that for every Malay reserve area, whether the entire area or part of it, which has had its status revoked, another piece of land the same size and value has to be alienated as Malay reserve land in the same state. Without replacement, the revocation is considered invalid."

He, however, could not provide figures pertaining to the size of the land that has replaced revoked Malay reserve land, explaining that it was difficult for members of the public to access such data as it was considered confidential.

"Any information on the size of Malay reserve land can only be sourced from the State Legislative Assembly and Dewan Rakyat meetings and the Auditor-General's Report," he added.

Mohd Hasrol explained that two perspectives have to be considered when it came to developing and disposing of MRL.

First, Malay reserve land can be acquired for development under the Land Acquisition Act 1960 and if it is in the interest of the Malays – for example, the land is used for the building of a mosque or community hall – the land's Malay reserve status need not be revoked.

The second perspective involves the MRL owner who applies to the state authority to revoke the status of his land to enable him to sell it to either a Malay or non-Malay or even a non-Malaysian citizen. Such land has to be replaced by the state. 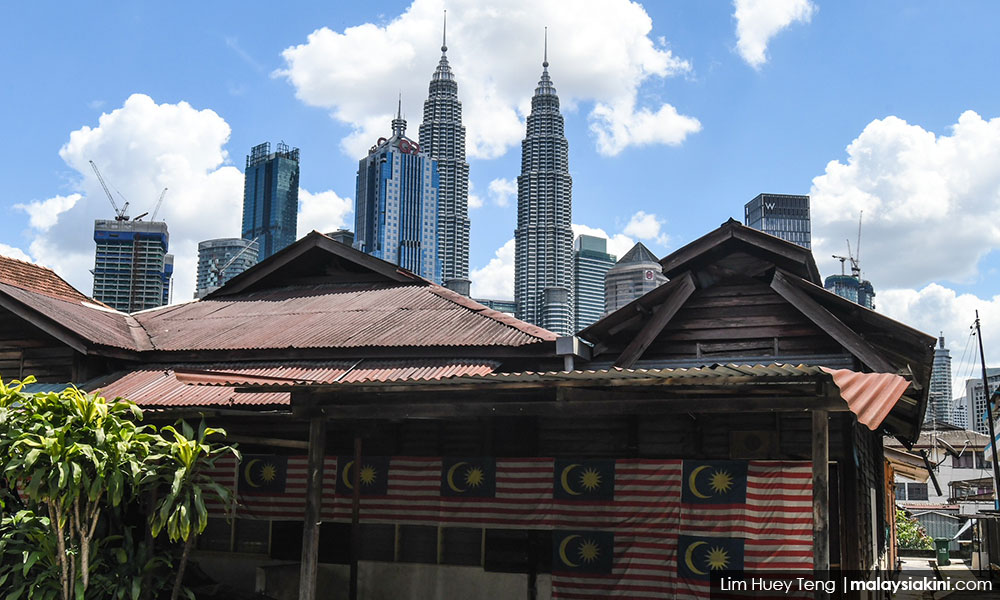 But, as pointed out by Mohd Hasrol, the revocations were not being done concurrently with land replacements and he attributed this to weaknesses in the Land and Mines Office's management system.

"Weaknesses in the Malay reserve land management system are the main reason the various procedures related to Malay reserve are not being implemented in a more transparent manner," he said, adding that following the 2013 Auditor-General's report, only Negeri Sembilan took immediate measures to enforce the rules pertaining to Malay reserve land.

In terms of legislation, MRL is well-covered but what is glaring is the lack of assertiveness in enforcing the relevant laws, said Mohd Hasrol.

Failing to replace MRL land that has had its status declared void was essentially due to the enforcement authorities not adhering to the relevant provisions or "outside interference", he claimed.

He said there was a provision which required the land officer concerned to insert a reminder in the Malay reserve land title document that in the event of revocation, the land has to be replaced. Failure to do this will lead to a fine of RM100.

"This provision is just not firm enough to protect Malay reserve land. The RM100 fine is too low... it should be raised to a more deterrent level. The penalty should be either a fine or a jail term, or both. This is because the officer concerned has contravened the law by failing to insert the reminder," he said, noting that the Federal Constitution did not provide for any form of penalty that can serve as a deterrent in terms of enforcement.

"Such action is important in order to increase the percentage of Malay reserve land."

Currently, only Perak, Selangor (including the federal territories of Kuala Lumpur and Putrajaya), Negeri Sembilan and Pahang have a uniform Malay Reservation Enactment.

All the other states have different ways of administering and managing the Malay reserve land laws.

Citing Kelantan as an example, Mohd Hasrol said the state enforced its Malay Reservation Enactment 1930 together with the Kelantan Land Enactment 1938, which stipulates that only Kelantan-born Malays have the right to own land in the state.

"Currently, we have six states implementing different enactments related to Malay reserve land. These enactments were drafted during the British era and it's clear that they are not relevant to the current times," he said.

He suggested that the government, whether at the federal or state level, review the enactments related to Malay reserve land in order to make way for a more uniform and holistic legislation.

The drafting of new legislation on MRL is provided for under Article 89(1) of the Federal Constitution, he said, adding that it was, however, up to the state governments to take the initiative to ensure the continuity of Malay reserve land and safeguard Malay land proprietary interests.
- Bernama