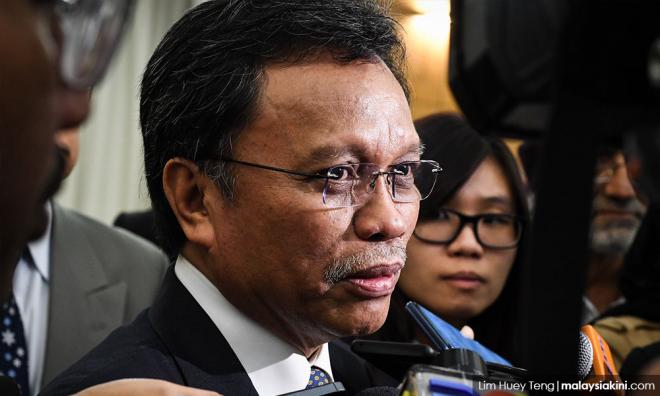 The Sabah state government will go ahead with building the Papar dam, amidst protests against it.

According to The Malaysian Insight, Chief Minister Shafie Apdal confirmed that this decision had been approved by the state cabinet, contending that the dam was needed for Sabah’s rising population and its tourism industry.

“Tourists’ visits would be spoiled if there is no water supply,” Shafie was quoted as saying.

This was communicated to Water, Land and Natural Resources Minister Xavier Jayakumar, who was in the state for a working visit ahead of the tabling of Budget 2019 this Friday.

As for critics of the dam project, expected to cost RM2 billion, Shafie was quoted as saying that he would “engage them and explain the situation”.

Some 500 villagers previously protested against the proposed dam, telling news portal Free Malaysia Today that the government had not sought feedback from residents before announcing it.

Protest leader Michael Frederick had said that the new dam was “even worse” than the previously proposed Kaiduan dam because it would affect more homes and force the people to relocate.

State Infrastructure Development Minister Peter Anthony was previously quoted as saying that the project will affect 200 people in surrounding villages and promised that the state government will provide compensation for them.

"In terms of several settlements here, we have met with the villagers whose houses are affected by the project.

"From my understanding, I believe there is no problem for them to be relocated as we will provide a proper place and compensation for them because we need to create the main water source for Sabah which will involve several villages here," he said as reported by the Daily Express.

Anthony expected the dam to be able to supply 700 million cubic metres of water once it is completed, warning of an impending water shortage should it not be built.