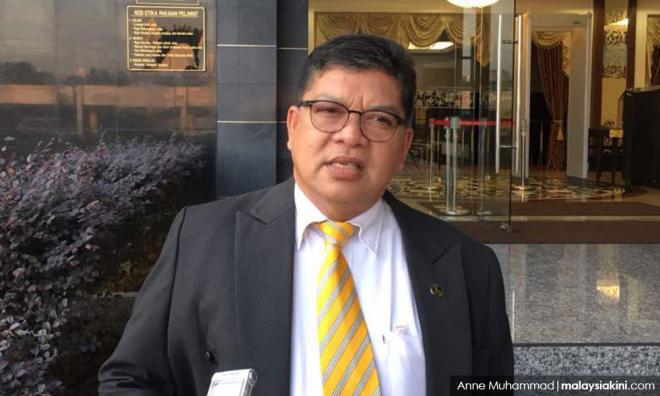 A PKR lawmaker has urged the police to investigate Bersatu supreme council member A Kadir Jasin under the Sedition Act for allegedly insulting the Sultan of Kedah.

Johari Abdul claimed that Kadir, who is also Prime Minister Dr Mahathir Mohamad's media and communication advisor, had made the alleged seditious remarks against Sultan Sallehuddin Sultan Badlishah in an Oct 30 post on his blog.

"Kadir had narrated incidents that happened on Tuanku's coronation day, how he raised his hands to pray, how he hoped that lyrics to the state song would be taken as guidance, but at the same time his writings contain elements of sedition towards Tuanku," said the Sungai Petani MP.

Johari, who is also Gurun assemblyperson, referred to the commentary that was also published by media including Malaysiakini as "Rakyat perlu tahu peruntukan belanja buat raja" (The people need to know about the allocations for rulers).

"With this, I urge the police to investigate Kadir under the Sedition Act, because what he wrote can cause prejudice towards Tuanku Sultan Sallehuddin," he added.

Johari said a police report would be lodged soon.

The PKR MP was also asked on the reason for wanting Kadir to be investigated under the Sedition Act since Pakatan Harapan had promised to repeal the law.

Johari said the law could still be used before it is repealed.

"We have to look at the seriousness of the remarks. This is a serious matter. We can also look at other relevant laws," he added.

Malaysiakini is contacting Kadir for his response.