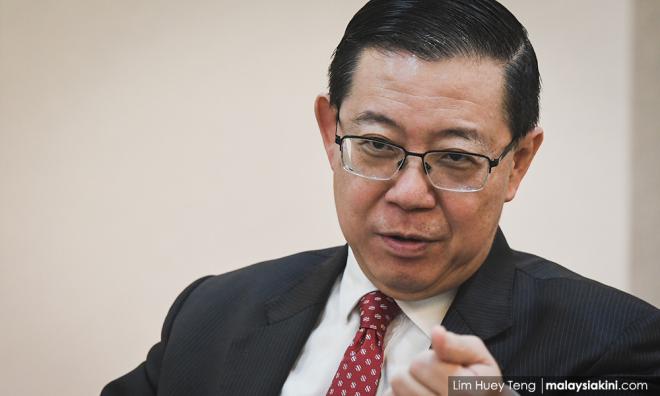 The defamation suit filed by former Penang chief minister Lim Guan Eng against the New Straits Times Press (M) Bhd (NSTP) over the publication of an article on the appointment of mufti was settled after the newspaper company apologised to him in the High Court, George Town, today.

Lim’s lawyer, Simon Murali, who also mentioned the case for lawyers representing NSTP, read out the statement of apology before judge Rosilah Yop.

The apology reads:  We refer to the article published in the New Straits Times issue of 5th February 2017 bearing the caption 'Political Intervention was real, says PAS' and with an editorial notation which reads 'Guan Eng had hand in non-renewal of Mufti's contract'.

"The said article contains statements that are defamatory of YB Lim Guan Eng, the former Chief Minister of Penang and currently the Finance Minister in the Federal Government of Malaysia.

"We hereby apologise unconditionally and unreservedly to YB Lim Guan Eng for the publication of the said article and express our deep regret for the hardship and anguish caused to him."

Rosilah, in recording the consent judgment, also ordered NSTP to pay damages of RM200,000 to Lim and also ordered the company to publish an unconditional and unreserved apology that admits the statement published were defamatory to Lim.

The apology is to be published on page 3 in its weekend edition, New Sunday Times, within 14 days from today, along with a picture of Lim.

Lim filed the suit in August last year claiming that NSTP had on Feb 5, 2017, published in its newspaper an article with the title ‘Political Intervention was real, says PAS’, which alleged that there was political intervention by the state government in the appointment of the state mufti.

He said the article also implied that he had interfered in matters under the administration of Islam and used his power to influence the appointment of the state mufti.

Lim claimed the article gave rise to connotations that he had used his power and authority to purge officials whom he dislike or whom he had a difference from the administration of the state government.

He claimed the article could generate hate and contempt among Muslims against him.