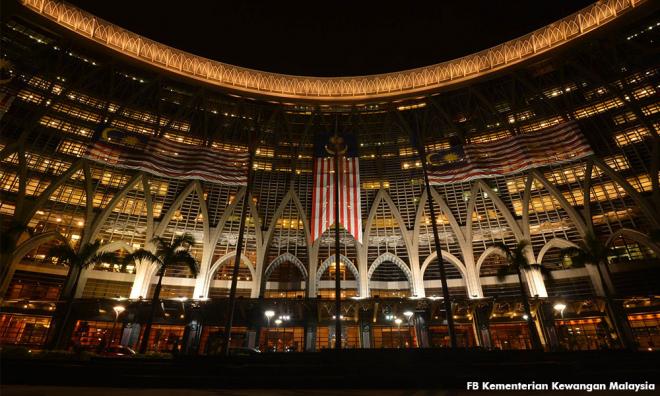 National debt worth RM70b to mature next year

BUDGET 2019 | A total of RM70 billion in federal government debt is expected to mature in 2019, out of which about 25 percent is to be redeemed in the first half of next year, reflecting a lower refinancing risk in the near term, said the Finance Ministry.

In its 2019 Fiscal Outlook and Federal Government Revenues Estimates report released today, the ministry said under the 2019 Budget, the federal government’s gross borrowing requirements are anticipated to be higher for deficit financing and refinancing of mature papers.

"Despite higher borrowing requirement, the average gross financing need to Gross Domestic Product (GDP) in 2019 is estimated to remain well below the average International Monetary Fund (IMF) threshold of 15 percent for emerging economies," it said.

The ministry further said that the government is also exploring to tap into international markets for portfolio diversification and new benchmarking purpose as well as stimulate financial market trading activities.

The debt comprised 97.1 percent of domestically issued papers denominated in ringgit while the balance of 2.9 percent are offshore borrowings mainly in US dollar.

Consistent with IMF’s definition, the MoF said the country's external debt comprised both public and private sector debt, which include offshore borrowings, non-resident holdings of ringgit-denominated debt securities, non-resident deposits as well as other external debt

Meanwhile, the debt of statutory bodies increased to RM59.6 billion versus RM48.7 billion at end-2016, mainly attributed to guaranteed issuances by the Public Sector Home Financing Board to fund civil servants housing loans and borrowings by Perbadanan PR1MA to finance housing projects.