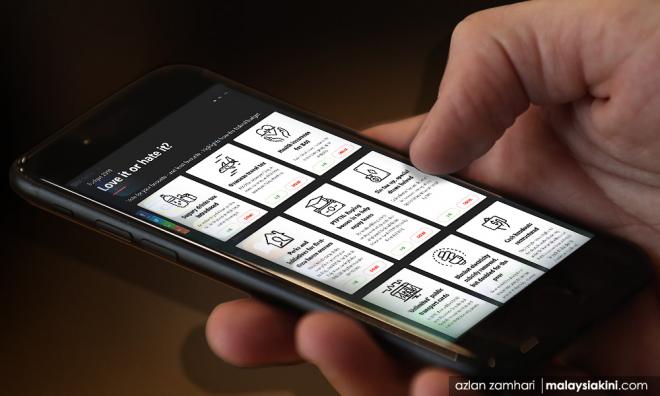 Tell us which Budget 2019 item you love or hate

INTERACTIVE | After voting the Pakatan Harapan government into power, now comes the time to vote for its inaugural budget.

Tabled in the Dewan Rakyat yesterday, some Budget 2019 highlights include “unlimited” public transport passes, targeted petrol subsidies, an increased minimum wage along with many perks for first-time homeowners and the B40.

As expected, some new taxes were introduced as well, including on sugary drinks, overseas travel and casino licences.

Love these ideas or think they need more work?

Tell us what you, the rakyat, think about 15 of these initiatives in Malaysiakini’s Budget 2019 online poll.

Finance Minister Lim Guan Eng had said that the budget was aimed at ensuring the rakyat's well-being, instilling an entrepreneurial state and reforming public institutions in order to rein in government spending.