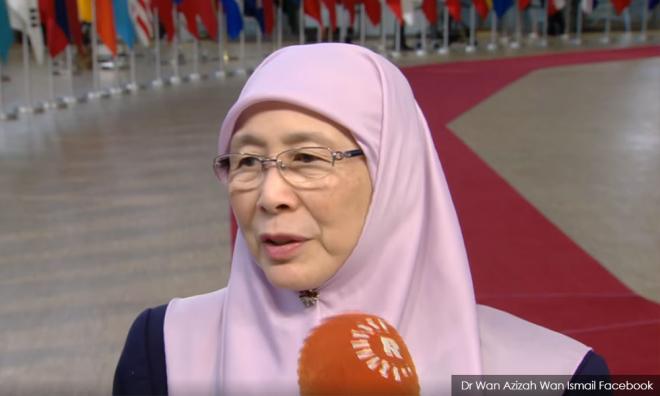 She said children who were active in using social media, open-platform and digital applications for education and social interaction were vulnerable to cyber threats, such as pornography, sexting and the increasingly rampant cyberbullying.

“Without careful monitoring by parents and older members of the family, children are also at risk of sexual grooming over the internet.

“What’s more saddening is when these children become victims of individuals known to them, who were supposed to take care and protect them,” she said when officiating the closing ceremony of the Conference on Sustainable Wellbeing of Children, Persons with Disabilities and Senior Citizens in Putrajaya today.

“I really hope that all quarters, especially parents and family members will give extra attention to the children so that any element of exploitation can be detected at the earliest stage possible,” said Dr Wan Azizah who is also Women, Family and Community Development Minister.

Dr Wan Azizah also accepted the conference resolutions on children, persons with disabilities and senior citizens, which include the need of an early intervention method to identify cyberbullying behaviour or victims of cyberbullying among schoolchildren and a stricter and consistent law enforcement to curb cyber crimes involving children; the need to eliminate any forms of discrimination against persons with disabilities; and the need to create a more comprehensive Senior Citizens Act.