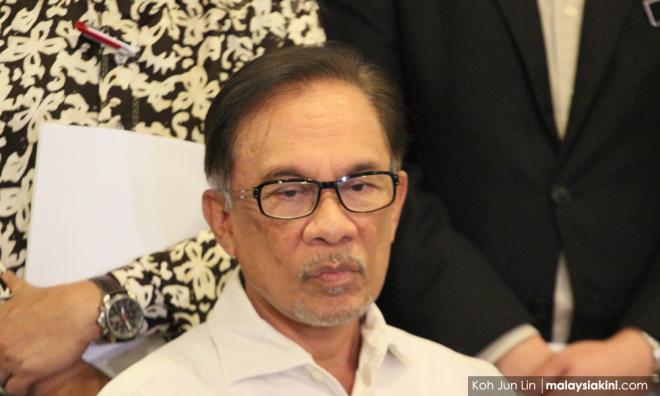 Anwar: No pressure from me on Mahathir to leave

PKR president-elect Anwar Ibrahim said he did not want to put pressure on Dr Mahathir Mohamad leaving the prime minister's post so as to give him ample room to manage the country.

He said this during an interview with Bloomberg when asked about the transition from Mahathir to him and whether it would be expedited.

"When do I assume office? I think when both of us are ready. Mahathir has repeatedly said he will honour the commitment and I have no issues with that.

"I don't generally entertain these sort of questions because I want to give him the full support and latitude to conduct affairs without thinking about when he is going to go," said Anwar.

Mahathir, who is the Bersatu chairperson, has said that he will hand over power to Anwar after around two years and this despite pressure from within his party to stay on for a full term.

In the interview, Anwar also addressed the spike in the projected deficit this year after Pakatan Harapan took over the government.

According to Budget 2019 which was tabled last Friday, the deficit which was initially targeted at 2.8 percent, is now expected to hit 3.7 percent for 2018. However, the government hopes to reduce this to 3.4 percent in 2019.

"We have got a policy to gradually reduce the deficit but to reduce drastically would mean there would be a reduction in development expenditure and that would cause us to have a sluggish economy and we don't want that.

"That is why the policy now is to reduce the deficit but not to allow the development to become slow and sluggish," he explained.