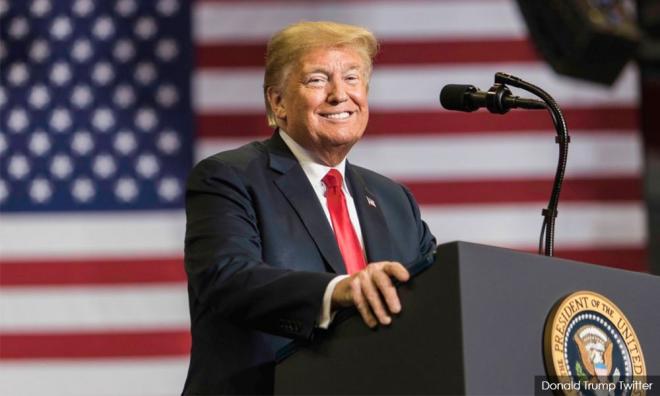 By the time President Donald Trump and his team tucked into hamburgers and hot dogs at a White House election watch party on Tuesday night, he was ready for the bad news.

His closest aides tried to focus him on the positives.

Working on just a few hours’ sleep after a heavy final day of campaigning, Trump spent much of Tuesday on the phone, checking in with friends and advisers, talking to state and national Republican Party officials and White House aides to get a picture of what to expect.

What he heard from them was that Republicans would likely lose control of the House of Representatives but hang on to control of the Senate, adding seats to its majority there.

So when word came in that the projections were broadly correct, it did not come as a shock.

The House loss meant Trump will face investigations into his tax returns, his businesses and his administration by Democratic lawmakers. His legislative agenda, including a vague proposal for a middle-class income tax cut, is likely stalled.

At his watch party, Trump was upbeat. In his only public comment on Tuesday night, he tweeted: “Tremendous success tonight. Thank you to all!”

One adviser said, however, that the president was probably not prepared for the onslaught of investigations that Democrats were likely to launch.

“I don’t think he fully comprehends what this means by giving the gavel to (Democratic House leader) Nancy Pelosi and her cronies,” the adviser said, asking to remain unidentified.

There was also grousing about House Speaker Paul Ryan, who announced plans to resign at the end of the year instead of leaving sooner.

But there was some satisfaction among Trump and his aides that the losses were not as bad as had been projected by strategists who said a Democratic “blue wave” would take away 40 House seats.

“Trump should be feeling good right now. They finished strong. They picked up seats in the Senate and they minimised the ‘blue wave’ in the House. These midterms are historically tough for a White House,” said Republican strategist Scott Reed.

Trump and his advisers felt that adding at least two seats to the Republicans’ Senate majority helped blunt the impact of the House outcome.

For Trump, the evening unfolded at a watch party in the White House residence, where the East Room and the State Dining Room were set up with large-screen TVs. Buffet tables were laden with some of Trump’s favourite foods.

Cheers rang out among the guests when Republican victories were scored, particularly when Democrat Andrew Gillum conceded defeat in the Florida governor’s race.

Trump was described by aides as content in how he performed on the campaign trail, not prone to soul-searching, and believing his focus on illegal immigration - he warned of an “invasion” from a caravan of Central American migrants weaving through Mexico - had helped give his candidates a needed boost.

Trump held 30 get-out-the-vote rallies in the past two months, including 11 in the last six days across eight states, the last three on Monday when he returned to the White House about 3 a.m.

Aides said the president was delighted at the projected victories by Republican Senate candidates he had campaigned for, such as Marsha Blackburn of Tennessee, Rick Scott of Florida, Mike Braun of Indiana and Josh Hawley of Missouri, as well as Republican Brian Kemp’s victory in the Georgia governor’s race.

White House spokesperson Sarah Sanders said Trump’s agenda remained the same, and that he would be willing to work with Democrats on immigration, the opioid crisis and funding infrastructure projects.