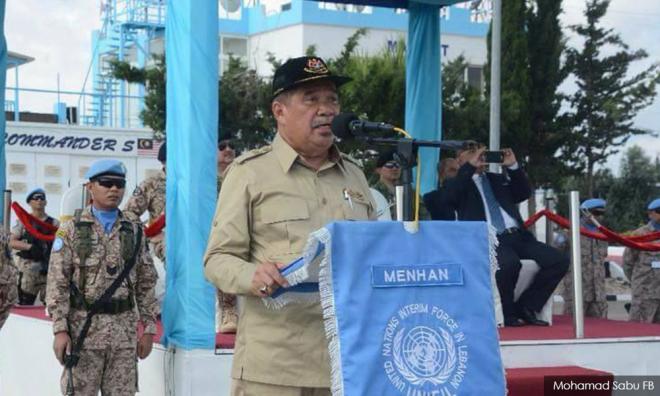 Mat Sabu: No problem with pantun at Defence Ministry events

Defence Minister Mohamad Sabu today stressed that there was no problem to use the Malay ‘pantun’ (Malay poetic verses) at his ministry’s events, but it should suit the occasion.

“No problem, come to our events, celebrating the veterans, dinners, entertain them with pantun.

“However, there are places and times when pantun is unsuitable, you can’t possibly recite a pantun while marching in a parade,” he said.

Mohamad said this in response to a statement by former socio-cultural adviser to the government Rais Yatim who questioned the ban on the use of pantun in official events organised by the Malaysian Armed Forces (MAF).

Rais via his Twitter account also shared an internal memo sent to all MAF service branches dated Nov 2, stating a ban on the use of pantun in scripts by emcees at official military events.

The memo said MAF official events were regimental in nature and its execution must be conducted with protocol and military ethics.

Mohamad also stressed that the memo should not be politicised by any party.

Earlier, in a separate event, Mohamad paid a courtesy call to Indonesian Defence Minister Ryamizard Ryacudu, in conjunction with the Indo Defence 2018 Exhibition in Jakarta.

When asked about his meeting with Ryamizard, Mohamad said they discussed efforts to further strengthen the defence relations of both countries, such as to enhance security in the border especially in Kalimantan and Sulu Sea which involved the Philippines.

Mohamad arrived in Jakarta yesterday for the Indo Defence 2018 exhibition, as well as to promote the Langkawi International Maritime and Aerospace Exhibition 2019 (LIMA '19) to be held from March 26 to 30, next year.