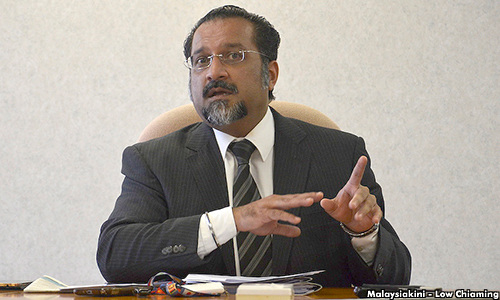 The Penang government will continue with the projects in the first phase of the Penang Transport Master Plan (PTMP), the State Legislative Assembly sitting was told today.

However, State Housing, Local Government, Town and Rural Development Committee chairperson Jagdeep Singh Deo said the state government would ensure that all the required studies, including the Social Impact Assessment (SIA), have been conducted before the projects are implemented.

“The Social Impact Assessment for the PTMP will include details of the current problems, and will also propose measures which could be taken to mitigate these problems.

“The state government is committed, we will look at the SIA. We will take steps to mitigate any social impact. So we will continue with the project,” he said at the question-and-answer session at the state assembly in George Town today.

Jagdeep Singh was replying to a question from Muhamad Yusoff Mohd Noor (BN-Sungai Dua) who asked if the projects under the first phase of the PTMP would be continued if there was social impact on the affected areas such as schools and cemeteries.

The proposed projects in the first phase of the PTMP include the Pan Island Link 1 (PIL1) highway, the Bayan Lepas light rail transit system (LRT) as well as projects which include several major roads.

“For the first phase of the PTMP, the SIA has already been conducted and submitted to the relevant technical departments for approval. The state government will give the highest commitment to implement all mitigation measures to ensure the PTMP is conducted smoothly,” he said.