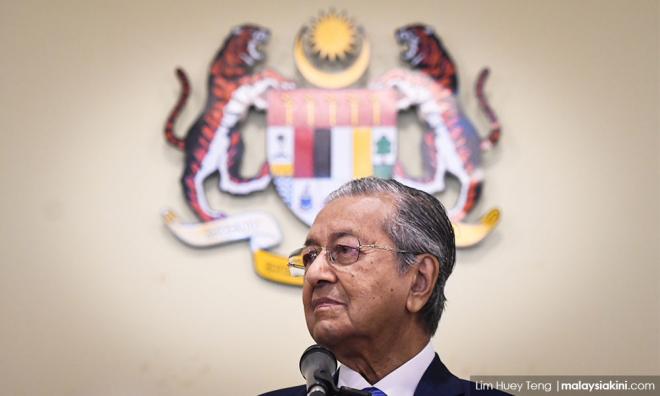 Mahathir said that such an attitude was certainly improper as it could cause the nation to become backward.

“We understand because there have been 13 general elections, and each time the government at the federal level did not change and this time, when there is a change, certainly there will be people who find it difficult to accept the new leadership.

"This is because the previous government had developed an attitude for them, including working for a particular party and leader, and not to work for the development of the country and not instilling high democratic principles,” he said when speaking in Kota Bharu today.

Mahathir noted that when such an attitude had been implanted in the people for so long, civil servants no longer worked for the government but for the party.

He said that when they had been bound in such a way, civil servants were more loyal to the party and when a new government was established, problems arose because some of the civil servants still tied themselves to the old party.

"There are officers who are tied up and not willing to recognise the new government, and this is not good for the future of the country although the government understands this."

As such, Mahathir advised civil servants to be more professional in the interest of national development and not for the sake of certain groups.

On Kelantan, Mahathir said the differences in politics did not mean that the state could not be developed together with the federal government, but should instead complement each other for this objective.

"Do not be too obsesses with the party, and don't be the reason for not being able to contribute to development. I am not wooing for support, but I speak about the truth. Otherwise, there will be problems,” he added.