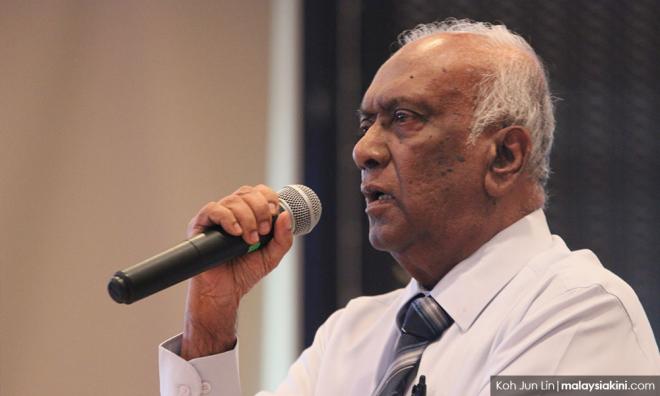 BUDGET 2019 | Although the B40 income group has been said to be the winner in the 2019 Budget, the government is not neglecting the M40 income group, says Ramon Navaratnam, chairperson of the Asian Strategy and Leadership Institute’s Centre for Public Policy Studies.

“Fret not. I think the Pakatan Harapan government has gone as far as they can and focused on the B40 category first, which shows its priority. The middle income group can wait a little while longer for more concession.

“Rome was not built in a day. You cannot make radical changes in the budget in one year when the constraints are so severe, revenue is down, expenditures and debts are up and we have to watch the budget deficit so this will take some time,” he told Bernama.

He was commenting on concerns over the widening income inequalities in the country, aired by the Malay Consultative Council (MPM).

In a statement yesterday, the MPM said the 2019 Budget did not address the large disparities in income between Bumiputera and non-Bumiputera, between urban and rural groups, and between the B40, M40, T20 income groups.

With regards to MPM Economic Consultant Akhbar Ali’s remarks that the divestment of government assets in non-strategics companies was questionable, Ramon described them as unfair as the sale could generate revenues for the benefit of the poor.

In the 2019 Budget, Finance Minister Lim Guan Eng proposed four steps to leverage on government assets, including reducing its stake in non-strategic companies and implementing public-private partnership models for public projects regarding land swap transactions through an open tender mechanism.

Ramon said through the 2019 Budget, the rich could do much more to help the B40 and the M40 income groups, such as by raising the wealth tax, death duty and inheritance tax.

“We want better income distribution, a more balanced growth and a more equitable society... and this is the way forward… then we will have more stability and national unity,” he said.

Out of this figure, RM259.8 billion is for operating expenditure and RM54.7 billion for development expenditure.