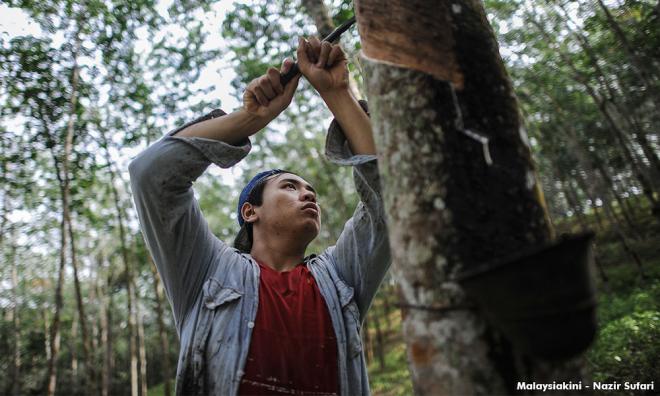 Plight of rubber tappers to be raised in budget debate - Mukhriz

The issue of rubber tappers’ income following a recent fall in rubber prices will be raised in the Budget 2019 debate in the hope that the federal government will reconsider an allocation for the affected group.

Kedah Menteri Besar Mukhriz Mahathir said he was confident an allocation would be provided to assist the tappers because Prime Minister Dr Mahathir Mohamad had mentioned that a supplementary budget would be tabled after Budget 2019.

"The budget is not approved until the end of the budget debate and as the assembly sitting will go on for two months, several issues will be discussed including this matter.

"On behalf of Kedah, the other MPs and I will raise this issue; in fact, other states where the people are dependent on rubber for their livelihood will do the same," he told a press conference after tabling the 2019 Budget during the Kedah state legislative assembly in Alor Setar today.

Besides being the state assemblyperson for Jitra, Mukhriz is also the MP for Jerlun.

He added that for the time being the state government would channel daily necessities to the rubber tappers to ease their burden.

Meanwhile, Mukhriz said the Kedah government hoped that allocations for various projects to upgrade water supply in the state would be approved by the federal government.

He said that to address the problem of treated water supply, the state government has allocated RM158 million to implement various projects through loans from the federal government.

He said the efforts would be focused on two previously approved projects, namely upgrade of the water treatment plants at Pelubang and Jenun Baharu.

He said after the two projects were completed, the water treatment plants at Bukit Selambau, Sungai Limau and Lubuk Buntar would be upgraded.