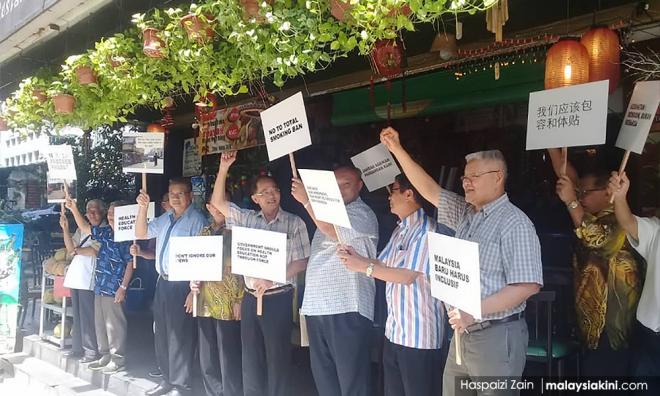 More than 20,000 eatery owners under the umbrella of three associations are against the Health Ministry’s move to ban smoking in food premises from Jan 1, 2019.

MSCSPGA president Ho Su Mong said the ban on smoking at al fresco restaurants is unrealistic, with little effort being made by the authorities to get smokers to kick the habit.

He said the government should not totally ban smoking in open-air restaurants, but introduce smoking zones or cubicles like in Japan and Singapore.

"These cubicles or zones will ensure that non-smokers aren’t affected by cigarette smoke. This is how we can help keep the air smoke-free," he said at a press conference today.

As a consequence, anyone caught breaching the ban will face a fine of RM10,000, with eateries that fail to enforce the law, slapped with a fine of RM2,500.

Although the eatery operators object to the ministry’s move, Ho said it doesn’t mean that the associations encourage smoking, merely that everyone should enjoy their rights.

Ho also said he has sent a letter to the ministry to hold a discussion to find a win-win situation for all.

Meanwhile, Primas president T Muthusamy said that banning smoking in restaurants or food premises will affect their income as almost 40 percent of customers are smokers.