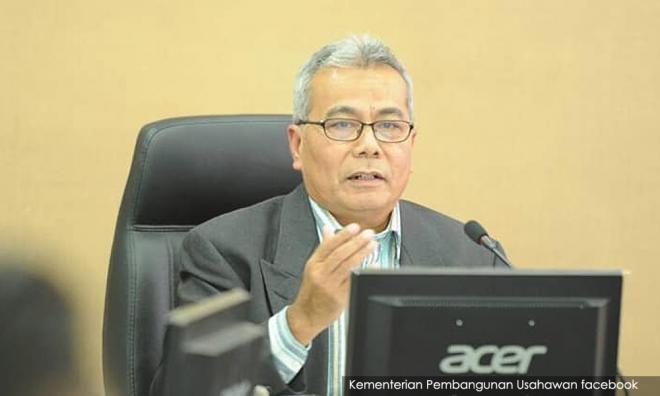 The ratio of on-performing loans (NPLs) among local SME entrepreneurs is among the world's highest, according to Entrepreneur Development Minister Mohd Redzuan Yusof.

As such, he said, the government had taken steps to reduce these NPLs by increasing entrepreneurs’ awareness on the ecosystem of their respective business ventures.

Redzuan said in other countries, the rate of NPLs among SMEs was low, ranging at about eight percent or less, while Malaysia’s was in the double-digits.

“When we say double-digits, it means 15, 16, 20 (percent), and that is high, as the NPLs in other countries are really low. For example, I understand that China’s NPL rate is only at two percent.

“How did they achieve this? Maybe they learned from successful SME models, which is what we are trying to do right now.

"Germany has a model which can help SMEs get a high rate of return and the country’s NPL rate is only at two percent,” he added.

He said the National Entrepreneur Group Economic Fund’s (Tekun Nasional) NPLs currently stood at RM600 million, adding that there were many factors which caused entrepreneurs to default on their loans, including failure to understand the market and its demands, the cost of doing business, and the lack of creativity in conducting business.

“Usually, businesspersons who fail are the ones who copy from others, instead of taking the lead.

"They will copy, but not precisely because they do not understand, and as such, their business will not be able to grow,” Redzuan said.

On another note, he said the government aimed to create 50,000 new SMEs annually over the next five years, and a million new jobs in the country.