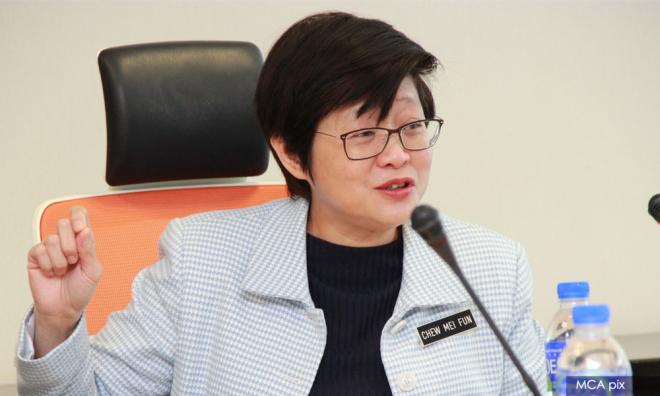 She is the first woman to hold the post since the party’s inception in 1949.

“Chew knows the party well. She is very experienced and she has the agility to handle the post. She will be the first woman MCA secretary-general ever,” Wee said at the announcement.

He emphasised that the CEC committee members were appointed based on their strengths and abilities.

Wee added that former MCA Youth chairperson Chong Sin Woon is not in the list because he had refused to receive any central committee post in the party.

“I spoke to the people whom I wanted to appoint, but they have their own ambitions. Some of them are more interested in business, and some of them said they want to take a break.

“I talked to him (Chong) as well, three times. But he asked me to give him some personal time, and I am fine with it,” Wee added.

The party president said it was the same with former vice-president Hou Kok Chung, who refused any post as the latter wanted to concentrate on education matters.

Kluang MCA chief Gan Ping Sieu, who was Wee's opponent for the presidency post, has been appointed as the head of Syariah Law and Policy Implementation Unit.

Wee denied that the appointment of Gan was not on par with his credentials and abilities.

“Why do you say so? We have to give the opportunity to the younger members and those I have appointed are mostly from the younger generation.

“We have to put more focus on them… because I know the next change of government might only happen after 10 years,” Wee said.

Before the MCA party election, Gan had said that Wee would be appointed party secretary-general if Gan wins the presidency.