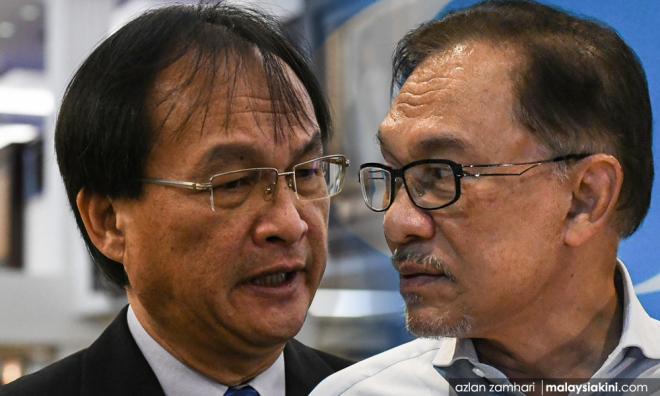 This follows PKR president Anwar Ibrahim ticking him off yesterday for failing to attend the congress without notice.

However, the minister said he had already instructed his political secretary Zakaria Abdul Hamid to inform the congress secretariat of his absence, according to Berita Harian.

Baru said he had to attend the closing of a Works Ministry sports event in Ipoh, followed by a visit to the East Coast office of the Highway Authority in Kuantan, and thereafter an awards ceremony.

"Many other Sarawak delegates attended. I was only the outgoing Sarawak PKR state chief, and I also did not contest any position in the central leadership position so as to allow opportunities to others.

"If chosen, I will be reappointed as Sarawak chief, otherwise, I am just a small person in the party," he was quoted as saying.

However, both had provided notices for being absent.

Saifuddin was accompanying Prime Minister Dr Mahathir Mohamad on a visit to Papua New Guinea for the Asia-Pacific Economic Cooperation conference, while Xavier was attending a conference in Egypt.