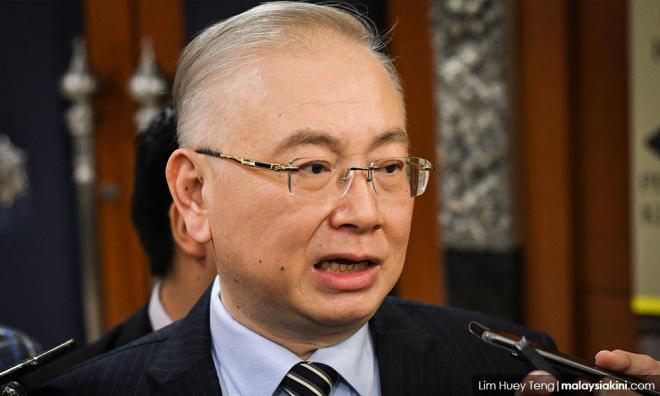 Umno president Ahmad Zahid Hamidi was turned into a "laughing stock" after his overtures to PAS were ignored, according to MCA president Wee Ka Siong.

"To see PAS president Abdul Hadi Awang (ignore such overtures) is embarrassing... to me (Zahid) is a laughing stock.

"I want to marry you, but you refuse. What does that mean?" he said when met at the Parliament lobby today.

On Saturday, during a joint Umno-PAS rally in Pasir Salak, Zahid openly said it was time for the two parties to "merge" (bercantum).

But Hadi ignored the topic altogether when he took the stage later – focusing instead on the need to oppose the proposed ratification of the International Convention on the Elimination of All Forms of Racial Discrimination (Icerd).

Meanwhile, Wee reiterated that his party was incompatible with PAS because of differences in their values and ideals.

As such, he said, the MCA national delegates assembly will come to a decision on Dec 2 on whether to leave BN.

Wee also stressed that since Zahid is the leader of BN, he should take into consideration the feelings of other component parties.

Umno, he added, was only interested in pursuing Muslim voters, although BN is multiracial in its outlook.

"Their angle is: 'Non-Muslim voters are no longer important'. Where is the spirit of the coalition?

"We want a new Malaysia. We want multiethnic political parties."