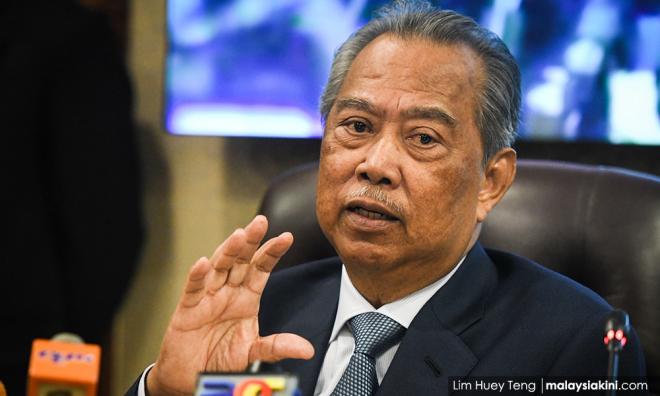 PARLIAMENT | The registration of Gabungan Parti Sarawak (GPS) has been approved and the Registrar of Societies (ROS) will be issuing the official letter in the next few days, said Home Minister Muhyiddin Yassin.

"Regarding the application to register GPS, it has already been approved and the letter will be issued by ROS in a day or two, Insya-Allah," Muhyiddin said in his winding-up speech for Budget 2019 in the Dewan Rakyat today.

He was responding to Alexander Nanta Linggi (PBB-Kapit), who asked about the status of the application from GPS.

"We were made to understand that everything is complete, just waiting on a decision from the ministry.

"It has now been more than three months since we made the application and we have not received any news about a decision from the ministry.

"When will GPS be approved and the letter we hope for be sent out?" he asked.

At a press conference later, Linggi thanked Muhyiddin over the announcement as GPS component parties could now move on with their political activities in Sarawak.

"We have also delivered the good news to the Sarawak chief minister," said Linggi who was accompanied by Batang Sadong MP Nancy Shukri and Kota Samarahan MP Rubiah Wang.

Sarawak Chief Minister Abang Johari Tun Openg had said in August that the ROS had approved the registration of GPS, but they were waiting for ROS to issue the official letter.

These parties announced they were withdrawing from BN to form GPS shortly after the 14th general election in May.