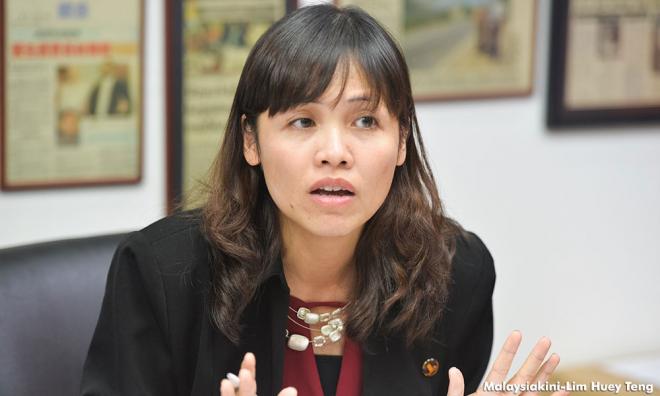 Deputy Education Minister Teo Nie Ching has called on Malaysian netizens to cease spreading images of the children of the man alleged to have bullied a beer promoter at a hypermarket recently.

The Kulai MP said that schools are for all children and the government would not allow for any child to be discriminated against or bullied.

"Let's end hatred in the society, and please do not bring it to the school," she said in a Facebook post.

The man in question had earned rebuke from netizens after he uploaded a video in which a man, believed to be himself, was seen aggressively questioning a woman who was working as a beer promoter at the non-halal section of a hypermarket.

It is unclear when the video, which had gone viral, was recorded but in the 45-second clip, the man is heard asking for her race and if she could give beer samples to "anyone".

He also chastised her for responding in English, saying this was "Bumi Melayu (Malay land)".

To her credit, the woman received praise for the cool manner in which she stood up to the man and instead, turned the tables by calling out his alleged "racist" behaviour, which prompted him to respond with a lewd gesture and insults.

It was reported that certain quarters had identified the man in question and published images of his family members, leading to Teo's rebuke.

In her post today, Teo acknowledged that the alleged actions of the man in the video was wrong.

Earlier today, Kepong MP Lim Lip Eng lodged a police report over the incident, urging steps to be taken to solve racial tensions in the country.

“The intention of my police report today is to ask the authorities, the Malaysian government, the various enforcement agencies, including the police, to come up with a solution to eradicate racial tension and to promote harmony in our multiracial, multicultural society.

“I don’t want anyone to be penalised and I also don’t want any category of people (whether it be) race, gender or whatever - to be insulted.

“We are a democratic country and we should respect each other. We should continue to come together as a multiracial Malaysian society,” the DAP lawmaker told the media outside the Ampang Jaya district police headquarters.