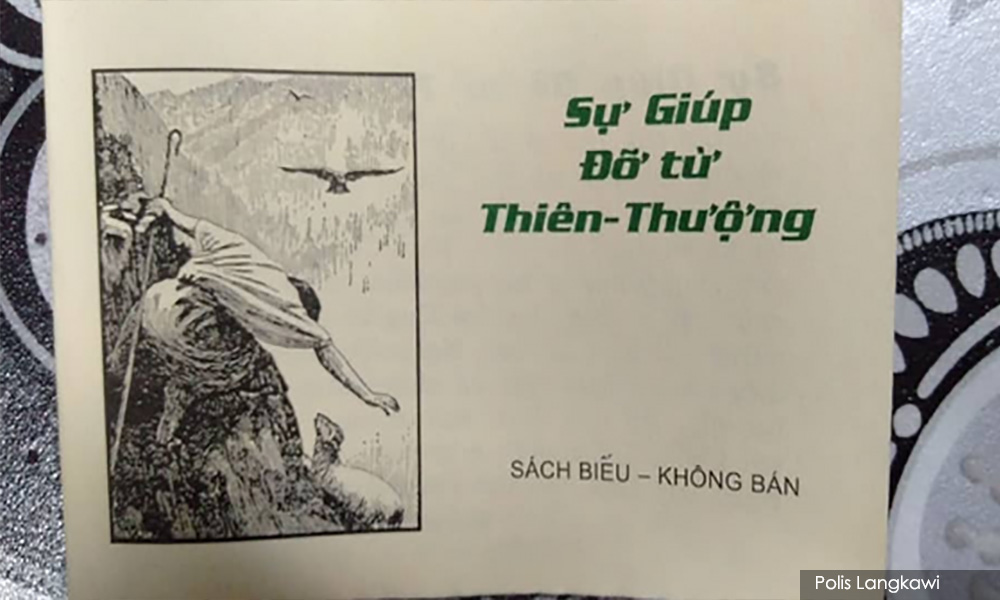 Four Finns nabbed over distribution of Bible booklets in Langkawi

Langkawi police chief Mohd Iqbal Ibrahim said the suspects, aged between 27 and 60, were arrested following police reports lodged against them.

He said the police had received three reports on the alleged activities of the suspects since they arrived on the island on Nov 18.

During the arrest, police seized 47 pens and 336 copies of booklets containing excerpts from the Bible, believed for distribution to the public, Iqbal told the media today.

He said police had obtained an order to remand them for investigation under Section 298A of the Penal Code for causing disharmony or ill-will.

Section 298A carries a jail sentence of between two and five years upon conviction.

They would also be investigated under Regulation 39B of the Immigration Regulations 1963 for violating conditions of their visit pass, he added.