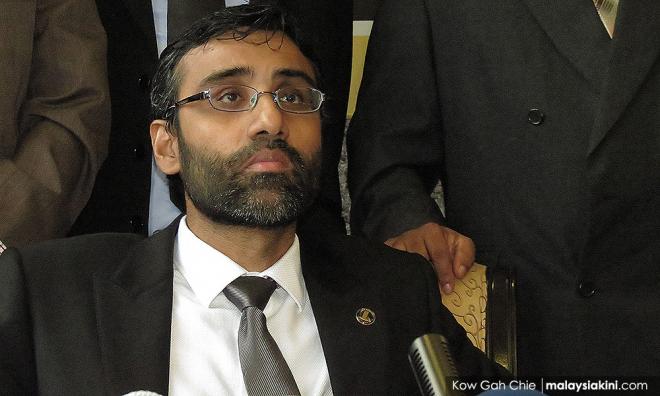 It is appalling that the Pakatan Harapan had pandered to the “mischief” by critics of the International Convention on the Elimination of All Forms of Racial Discrimination (Icerd), to give up on ratifying the UN accord.

Saying this, Lawyers for Liberty adviser N Surendran said the “U-turn” has shown government leaders failing to show leadership at a crucial time.

“The decision not to rafity (Icerd) comes in the wake of weeks of politically motivated mischief-making and misconceived arguments by Umno, PAS, and right-wing groups.

“The claim that Article 153 of the Federal Constitution would need to be amended if Icerd is ratified has no legal basis whatsoever; and this has been pointed out repeatedly. Neither does the Icerd affect Islam - all Muslim countries have already ratified the Icerd, except Malaysia and Brunei.

“There is simply no reasonable or acceptable reason not to ratify Icerd,” he said in a statement.

Calling the move an “embarrassing U-turn”, Surendran added: “Government leaders have failed to show moral leadership when it is most needed.”

Surendran’s statement comes following the announcement by the Prime Minister’s Office earlier today that the government has decided against ratifying Icerd.

"The Pakatan Harapan government will not ratify Icerd.

"The government will continue to defend the Federal Constitution, in which lies the social contract agreed to by representatives of all races during the forming of the nation," the PMO had said in a statement this afternoon.

The lawyer further slammed senior Harapan leaders who “abandoned ship” halfway, by publicly calling for the ratification to be delayed.

“This was inexcusable. The lack of a strong and united voice within Harapan led to the eventual capitulation of the government on Icerd.

“While it is always good for government to change their position in the face of sound argument, it is a dangerous precedent to do so in the face of prejudice and false arguments,” he said.

“That we cannot ratify this key anti-racism treaty puts Malaysia to shame, regionally and internationally, it robs us of moral authority on the world stage. Worse, it shows a disturbing lack of resolve, courage, and purpose in the government,” he added.

A series of protests have either taken place, or are in the pipeline, against the proposal to ratify Icerd.

Later, National Unity and Social Wellbeing Minister P Waythamoorthy announced that the government intended to ratify Icerd in the first quarter of 2019.

This triggered protests from various NGOs and politicians, who argued that ratifying the UN instrument would contravene Article 153 of the Federal Constitution, which stipulates that special privileges are to be accorded to the bumiputera.

This is despite assurances from Home Minister Muhyiddin Yassin, Suhakam and the Bar Council that ratifying the accord would not contravene the constitution.