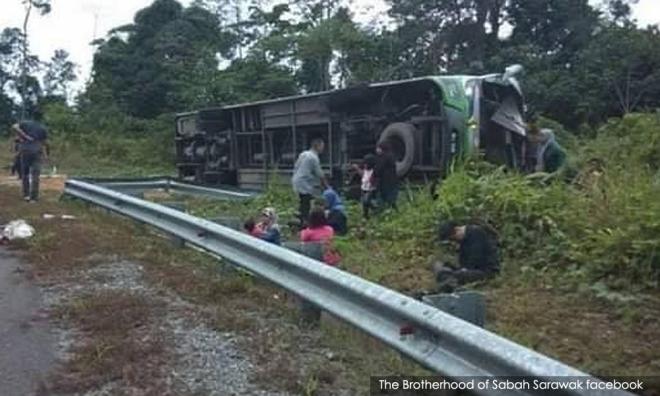 Three women, a man and a baby boy were killed when the tour bus they were travelling in skidded and crashed in Kampung Surun-Surun in Kota Marudu this evening.

According to Kota Marudu police chief Mohd Izaan Abdullah, seven passengers were severely injured, while 29 others escaped with minor injuries in the 4.30pm accident.

“All passengers were Sandakan Polytechnic staff and their family members. Details of the deceased and injured victims are being documented,” he said in a statement.

The victims were taken to Kota Marudu and Ranau hospitals.

Preliminary investigations revealed that the bus was on its way from Sandakan to Kudat when the driver was believed to have lost control and the bus skidded and overturned.