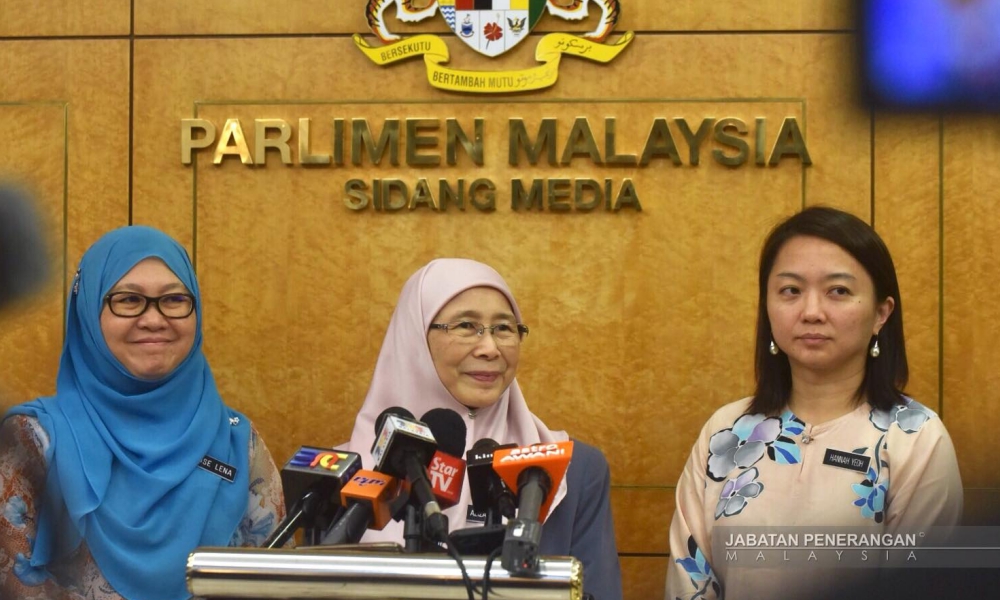 The UN organisation’s Malaysia representative Marianne Clark-Hattingh agreed that such a move was sorely needed to protect children.

“We welcome the firm and courageous stand of the deputy prime minister on the importance of expanding sexual and reproductive health education in schools.

“[...] The additional efforts recommended by the deputy prime minister are urgently needed to empower children in general and adolescents in particular.

“And that’s also what boys and girls themselves want - to learn how protect themselves against unwanted sexual advances and abuse,” she said in a statement today.

On Thursday, Wan Azizah, who is also the Women, Family and Community Development Minister, had told a press conference at the Parliament lobby that the Reproductive and Social Health Programme will be introduced beginning at the pre-school level.

As part of the ministry’s effort to combat sexual crimes against children and underaged marriages, the existing module for reproductive health, which has existed in schools since 1989, will also be reviewed and reinforced.

“We want to teach our children what is (sexual) grooming from pre-schools.

“So we will give them knowledge in detail in case anything happens involving reproductive health touching on diseases and risks, safe touching and grooming.

“All that must be taught to our children, through curriculums and modules which will be pushed,” she was quoted as saying in The Star.

While Clark-Hattingh agreed that schools offered the optimal learning environment for reproductive health, she suggested that such programmes be expanded beyond schools.

“Beyond the school, sexual and reproductive health programmes should find ways of reaching out to children who are not in the formal education system and are equally vulnerable to abuse.

“If we don’t teach children about sexual and reproductive rights, predators will take the opportunity to misinform and abuse them,” the Unicef representative said.

unicef
drwanazizahwanismail
sexeducation
Related Reports
No child should be afraid of going to school – Unicef on 'sex-for-grades'
2 years ago
Wan Azizah has abdicated her responsibility towards infants
2 years ago
Parents advised against sending children to unknown babysitters
2 years ago
DPM: Underage marriage not the solution to social problems
2 years ago