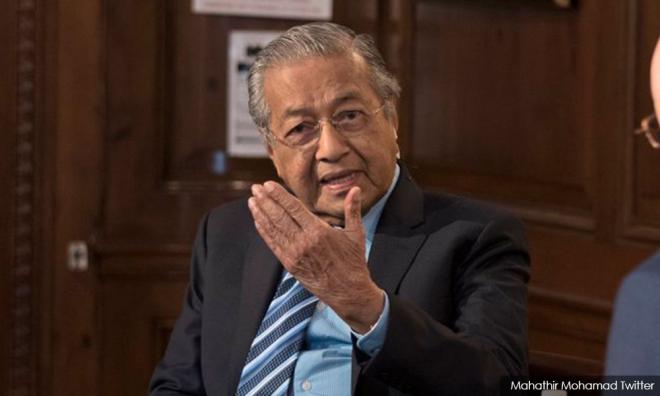 The culture of sabotaging the implementation of government policies still exists among civil servants, but the number of those involved has decreased, according to Prime Minister Dr Mahathir Mohamad.

Mahathir said he would still talk about the issue, as the process of 'cleaning up' government departments and agencies cannot be completed overnight.

“There are still officers who are not committed... for example, there are civil servants who have not been paid for four months, when it clearly can be done. I do not understand why.

“Because one bad apple can spoil the whole bunch,” he said in a question-and-answer session at the Senior Government Officials Meeting with the Prime Minister at the Langkawi International Convention Centre last night.

Mahathir said he often raised the issue of sabotage to serve as a reminder to all government servants to carry out their responsibilities with trust.

The prime minister said civil servants should also be tolerant towards political appointees who were not as well informed in administrative matters, and avoid any disputes.

“These new people are learning; if you don't have any patience, you cannot work together, that is why we need to give and take a little,” he said.

He said all parties should learn to deal with deficiencies, not with anger, but by correcting what went wrong.

He said the world has recognised that the Malaysian government has recovered well, although there was still much to do.

“Pakistan's Prime Minister came here to ask about some of the things that we have done.

“The damage done by the previous leadership was so great, even we were shocked, but now we have managed to restore the country's administration, even though it has not yet reached a satisfactory level," he said.