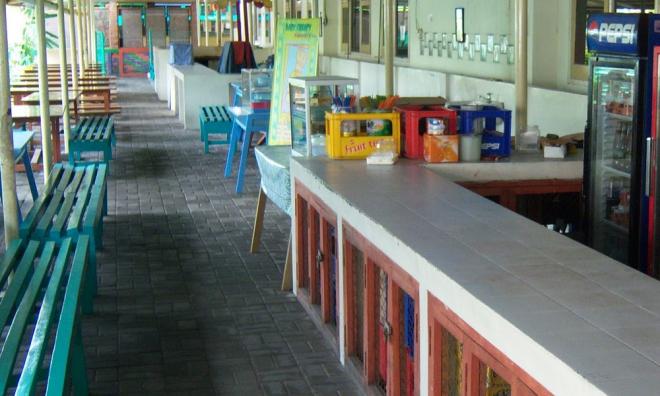 Malacca State Education Department director Abu Bakar Saharim has insisted that the setting up of separate canteens in several schools in the state to cater to Muslim staff and students has nothing to do with racial segregation.

As Abu Bakar pointed out, many schools have been practising this system for a "long time now," and the running of canteens is under the schools’ jurisdiction, with the government only providing guidelines.

Instead, he reportedly said the move only served to afford pupils "more choices."

"Why not have separate canteens? It only gives the pupils more choices. This has nothing to do with segregation of races.

“This has been going on for a long time, why pick on it now? It is a non-issue.

"But if this becomes viral, we will get a directive from above,” he was quoted as saying in The Malaysian Insight.

Abu Bakar was responding to a TMI report that highlighted several schools – including missionary and vernacular schools – implementing a two-canteen policy, despite no directive from the government to do so.

According to the report, some of these schools have had such a policy in place for 10 years.

It also alleged that the separate canteens were introduced despite many of the schools' core canteens being certified halal.

Meanwhile, an Education Ministry pupils' welfare unit officer was reported saying that schools can employ more than one canteen operator "if they see fit," and that only core operators need to make applications through the ministry.

The ministry is investigating the matter nonetheless, according to TMI.

Among the schools named in the report is a renowned missionary school in Malacca, which set up a smaller space behind the main canteen bearing the sign "Kantin Melayu (Malay canteen)" and run by a Muslim operator.

The school is allegedly one of "at least four other mission schools and a handful of vernacular schools in the state that have built a second canteen – for Muslim pupils and staff."

A former pupil told TMI that non-Muslim staff and students were not allowed to eat at the second canteen.

He claimed: “The two canteens use different plates and cutleries. After eating, the pupils have to put them in separate bins. They will be washed separately."

'This is Malaysia now'

A canteen operator from another school implementing the policy told TMI that despite the main canteen being certified halal, certain teachers and students insisted on a canteen run by a Muslim operator.

“Even if you employ Malay staff to help you, they don’t want to eat here... We have no choice. This is Malaysia now,” he said.

Meanwhile, lawyer and activist Siti Kasim took to Twitter today to voice her displeasure over the report, stating that the same thing was being carried out in her alma mater in Malacca.

"This is happening in my own old school... I was shocked to know about this when I recently had a reunion there.

"If you don't believe segregation between us is critical, this is just one (instance)," she posted.