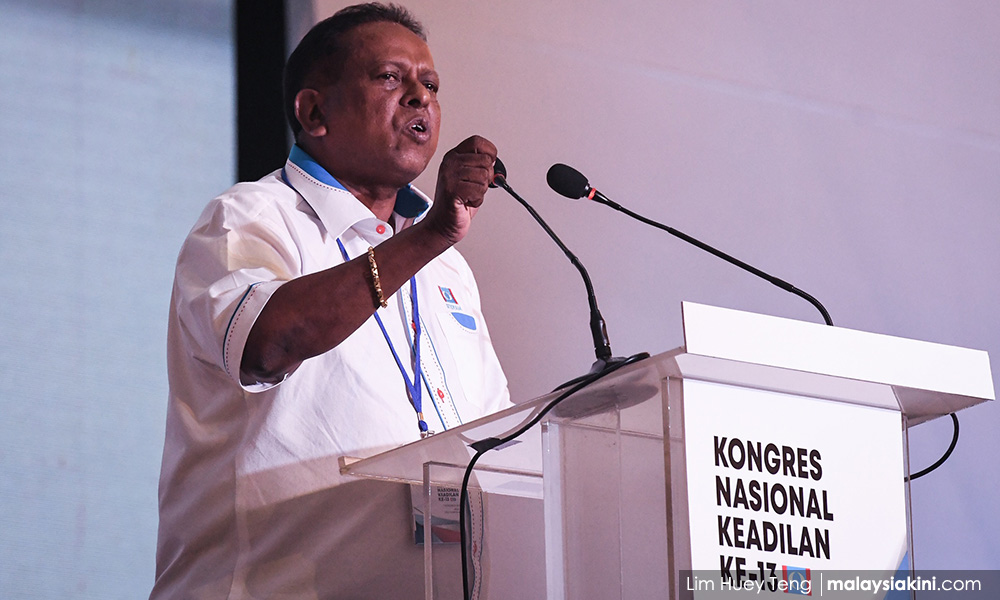 Up to PKR leadership whether I contest in Rantau - Streram

Rembau PKR division deputy chief Dr S Streram is leaving it to the party leadership to decide on the right candidate for the Rantau by-election.

The former PKR candidate for the seat in the 14th general election said he was willing to assist the party even if not selected as a candidate.

"Although my name is one of three names, the Rembau division has listed five names for PKR Negeri Sembilan and the top central leadership to consider.

"I am confident I will get the support of the top leadership, as I have worked in the Rantau state constituency for three years.

On Wednesday, Negeri Sembilan PKR chairperson Aminuddin Harun was quoted as saying the state PKR had proposed three names, including that of Streram, as candidates for the by-election and that he was the first choice.

Meanwhile, Streram said that based on the current political landscape which is in favour of Harapan, the party should be able to win the seat.

He said the by-election, which is expected to be held at the end of December, is likely to see a three-cornered fight should PAS decide to contest.

However, PAS deputy president Tuan Ibrahim Tuan Man said earlier this month that the party would sit out the polls.

When asked whether former Negeri Sembilan menteri besar Mohamad Hasan had filed an appeal against the decision to nullify his victory, Streram said that to his knowledge he has not done so.

He added that Mohamad has until Nov 30 to appeal to the Federal Court.

On April 28, Streram was not allowed to contest in GE14 because he did not have an Election Commission pass to enter the nomination centre.

Following that, Mohamad was declared the winner of the seat uncontested.

On May 23, Streram filed a petition to nullify the result for Rantau.

The Special Election Court decided on Nov 16 that the election for the seat should be held again, and declared Mohamad’s win null and void.