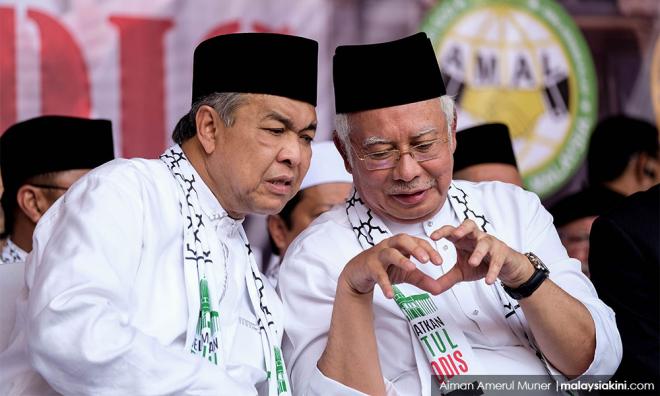 Umno president Ahmad Zahid Hamidi today refused to weigh into claims that his boss under the previous government had ordered the tampering of the auditor-general's report on 1MDB in 2016.

"You should ask Najib about it," he was quoted as saying by the Malay Mail.

Zahid, who was in Sungai Siput, was asked about the allegation which was highlighted by Utusan Malaysia, a newspaper owned by his party.

Auditor-general Madinah Mohamad confirmed that Najib had summoned her predecessor Ambrin Buang on Feb 22, 2016, and instructed certain parts of the report to be expunged.

She added that Najib's private secretary Shukry Mohd Salleh had also instructed the mentions of businessperson Low Taek Jho, a central figure in the 1MDB scandal, to be removed.

Following this, MACC said it had reviewed both versions of the auditor-general's report and will be summoning witnesses to facilitate investigations.