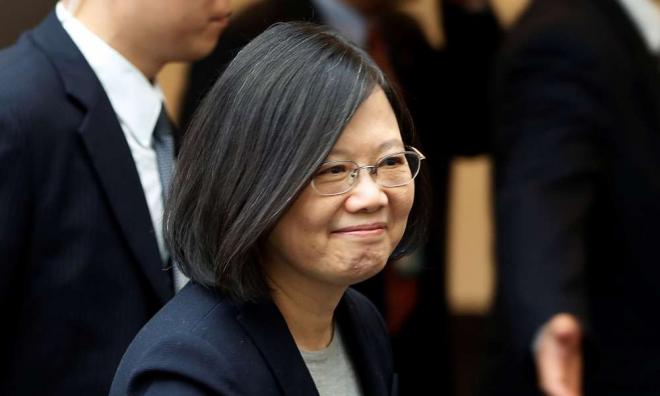 Tsai (photo) resigned on Saturday as chairperson of the Democratic Progressive Party (DPP) after losing key battleground cities in mayoral polls to the China-friendly Kuomintang. The DPP now only controls six cities and counties to the Kuomintang's 15.

Han Kuo-yu, the Kuomintang's mayor-elect in the southern port city of Kaohsiung and the most high profile of the party's winners, said he would open the door to contacts with China.

Beijing has refused to deal with Tsai's administration since she took office in 2016, accusing her of pushing for the island's formal independence. That is a red line for China, which considers the proudly democratic island sacred Chinese territory.

Tsai has said she wants to maintain the status quo with China but will defend Taiwan's security and democracy.

The official China Daily said in an editorial Tsai had ignored Beijing's "cooperative stance" and forced relations into a deadlock, and that "her separatist stance has lost her the support of the people on the island".

"Cross-straits communication and cooperation between local governments are expected to be strengthened as a result of the election, which will bring more opportunities and help deepen mutual understanding," it wrote.

The Kuomintang has sent delegations to China since Tsai took office, where they have been warmly received, and that contact is now likely to increase.

Another state-run Chinese paper, the widely read tabloid the Global Times, said in its editorial that the DPP's "radical thinking" had led them astray.

"The party needs to reflect on this failure and make an about-face on its stance in the cross-Straits ties," it said.

Taiwan's government has warned China not to interfere in its elections and reacted swiftly yesterday to denounce China's welcoming of the DPP's poor showing as being a reflection of people's desire for better ties across the Taiwan Strait.

"Communications and exchanges that do not have political preconditions are the only correct way to resolve disputes and increase the well-being of people on both sides of the Taiwan Strait," Taiwan's Mainland Affairs Council said, warning China not to try to contact newly elected local officials.