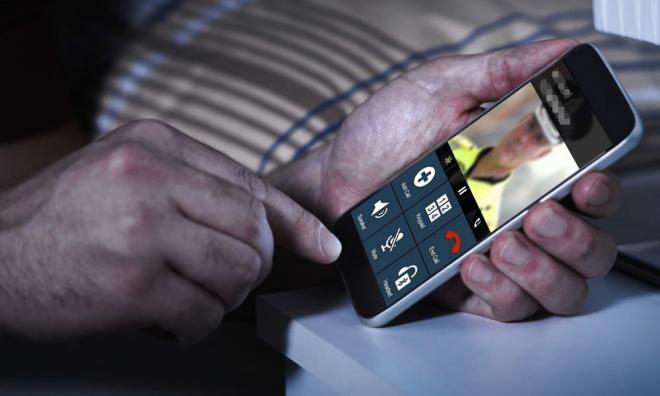 If you receive a call from someone purportedly calling from a police station, don't panic or be afraid.

This is the message Federal Police Commercial Crime Investigation Department deputy director (cybercrime and multimedia investigations) SAC Ahmad Noordin Ismail would like to convey to the public.

In fact, the call recipient has every right to ask the caller to reveal his full name, the police station where he is based, identification number and the name and details of his superior officer.

Grilling the caller can save the person on the other end of the line from being duped by syndicates that specialise in "telecommunication fraud", which is also known as the Macau scam. The scammers' signature modus operandi is posing as police, Customs, Bank Negara or Inland Revenue Board officers.

The callers have also been known to identify themselves as representatives of the court or private financial institutions and they usually make their victims feel fearful by telling them they have "a problem with the authorities" or an outstanding summons or tax issue related to goods imported by them or bank loan repayments that are overdue.

"Our people are so gullible. When the caller says he is from a police station, they believe him instantly," Ahmad Noordin commented during RTM's Bicara Khas programme aired in mid-October.

Overcome with fear, the victim will usually resort to taking a shortcut to resolve the problem he or she is supposed to be mired in. This is when the syndicate seizes the opportunity to fleece the victim, who may be instructed to deposit a certain sum of money into an account.

Things can get worse if the syndicate succeeds in extracting the victim's personal and financial details, to the extent of taking control of the victim's bank account.

Spoofing – pretending to be an authority figure

One of the reasons many people fall victim to these fraudulent calls is the fact that they can see the caller's identification on the phone screen, which displays the telephone number of the police station, bank or other organisations the caller is purportedly calling from. Hence, at a glance, the identity of the caller seems genuine.

Ahmad Noordin explained that the scammers resort to spoofing – a fraudulent practice whereby a communication from an unknown source is disguised as being from a known, trusted source – using Voice Over Internet Protocol (VOIP).

"When the call recipient sees the phone number on the display screen of their phone, they are hoodwinked into thinking that the call is from the authorities such as the police, bank or government agency," he said.

Stressing that people should not be fearful even if they are pestered by the caller, Ahmad Noordin (photo) said they should instead press for the caller's personal details, following which the latter would back down and not call again.

"If the caller claims he is from the police, you don't have to entertain them. Just tell them that you are heading to the nearest police station to sort out the problem," he said, adding that the police have never instructed that summons or other payments be settled via automated teller machines or by depositing the money into an account.

High risk of being scammed

Meanwhile, Malaysian Communications and Multimedia Commission (MCMC) network security and enforcement chief officer Zulkarnain Mohd Yasin said due to the boom in Internet and social media usage, technology users were now exposed to a higher risk of being scammed.

"Communications services and access basically help to make life better for people but, unfortunately, cybercriminals are gaining from it as well," he said.

Commenting that users should have the ability to deal with the technology that they have access to, he said they should know how to use the settings, applications, including their social media accounts and menu on their smartphone to protect themselves.

There are settings that can be used to block unwanted calls and applications that can recognise the caller's identity. Users should also learn how to use the safety features and privacy settings in their Facebook account.

Not understanding the standard operating procedures of the police and government bodies like the Customs Department and Inland Revenue Board (IRB) is also one of the reasons people easily fall prey to the tricksters.

By taking advantage of their ignorance, the Macau scam syndicates are able to lure their victims into their traps.

As such, Zulkarnain said, any request from a caller purportedly representing a government organisation, for example, the IRB, to deposit money into an account not belonging to IRB should raise a red flag.

For the record, at the technical level, telecommunications companies operating in Malaysia have foiled the attempts of more than 628 million callers within and outside the country who were suspected to have links with fraudulent syndicates.

Still, many such calls continue to escape the telcos' dragnet as the syndicates keep changing their modus operandi.

Zulkarnain also said that in line with the practice of tabayyun, that is, checking and verifying news and information before accepting it as true, people should also check the authenticity of the calls they receive.

How do they go about verifying a call? According to Zulkarnain, to go on the offensive and protect themselves, all they have to do is approach the nearest police station or branch of the bank with which they have dealings.