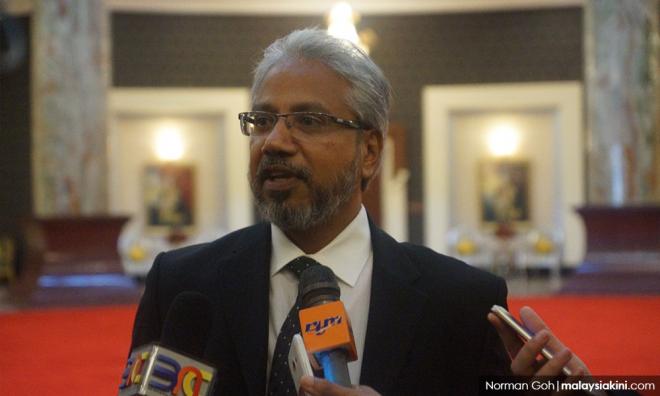 Minister in the Prime Minister's Department P Waythamoorthy has condemned the renewed violence near the Seafield Sri Maha Mariamman temple in Subang Jaya this morning.

“The government will not tolerate this behaviour.

“I urge the police to take immediate action to curb violence and mob rule by several groups in the name of safeguarding the temple,” he added in a statement.

The minister, who appealed to the Indian community to be calm and rational, said the violence was uncalled for, unwarranted and can be termed as a provocative act with the aim of disrupting peace.

He also claimed that certain unscrupulous people were taking advantage of the situation to further complicate the matter by inciting social unrest.

“The issue is between the developer of the land where the temple is located and the temple management and it should not be exploited and turned into a racial conflict.

As for the Fire and Rescue Department personnel Muhammad Adib Muhammad Kasim who was assaulted, Waythamoorthy described it as a "despicable" act.

“The attack against firemen is despicable as they were merely doing their job to ensure the safety of the people in the vicinity of the temple.

“Once again, I call upon the Indian Malaysian community to exercise calm and keep a cool head in addressing the issue.

“The government views these incidences seriously and will not hesitate to act against those who breach public peace and security,” he added.