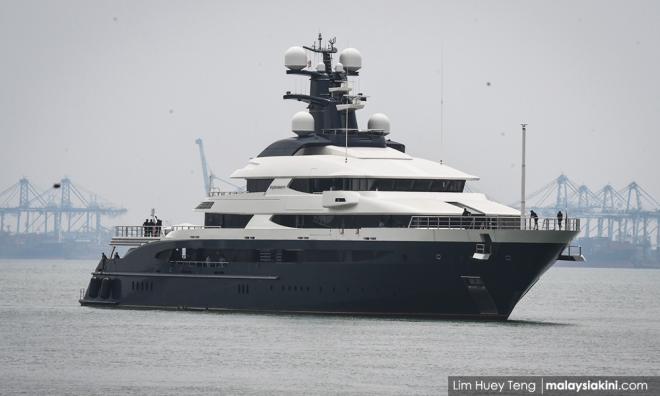 However, 1MDB's lawyer Jeremy Joseph told Malaysiakini that the number of bids, as well as the highest bid, are private and confidential.

Bidding for the 1MDB-linked vessel opened on Oct 29, with prospective buyers required to pay a deposit of RM1 million.

Proceeds from the bid will be split between the two companies.

According to the US Department of Justice (DOJ), fugitive businessperson Jho Low had acquired the vessel for US$250 million, using funds misappropriated from 1MDB.

The vessel, measuring 91.5 metres in length, with a crew of 17, was first seized by the Indonesian authorities on Feb 28, and has since been the subject of a legal battle between the US Department of Justice and a group of companies said to be owned by Low.

Low has decried the seizure of the vessel as illegal.