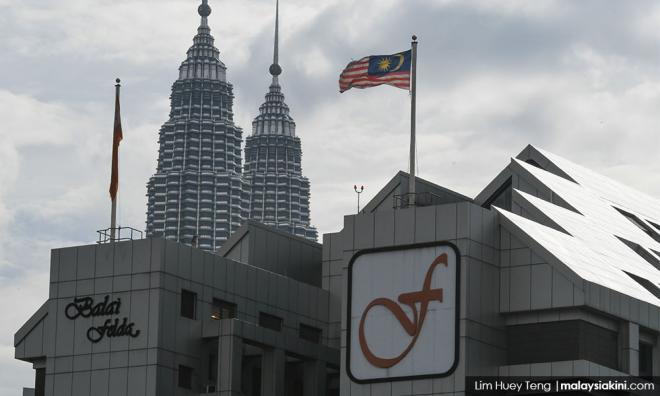 The world's certification body for the palm oil industry has cited FGV Holdings Bhd for alleged forced and other unethical labour practices which it said contravened Malaysian and international labour laws.

In a recent letter sent to the FGV, the Roundtable on Sustainable Palm Oil (RSPO) stated that its investigations, which included independent verification visits from April 26 to 28, this year, to several FGV estates and mills, found the company to have engaged in forced labour, as well as acts "done in furtherance of trafficking in persons".

The RSPO investigations stemmed from a complaint filed by the Wall Street Journal (WSJ) in 2015 with the body in pursuant to an investigative report it published that same year on alleged abuses at Malaysian oil palm estates.

The certification body stated further that in view of the report of its independent verifiers as well as comments sought from FGV, the latter must urgently undertake a legal and operational audit review of its current recruitment practices to eliminate elements of forced labour in compliance with local and international laws.

"The (RSPO) Complaints Panel finds the following [...] FGV had by written agreements outsourced its foreign workers to FGV's contractors in violation of Malaysian laws and this may be considered as acts done in furtherance of trafficking in persons.

"FGV's recruitment and employment processes need further improvements as indicators of forced labour are present and cumulatively, points to a breach of RSPO (principle and criteria) P&C 6.12 including issues relating to contract substitution, freedom to contract and resign, passport and retention and workers' freedom of movement and workers' working and living conditions.

"FGV's inability to control and supervise its contractors, including contractor's workers, exacerbates the above breaches, perpetuating practices of unethical recruitment [...]," the RSPO claimed in the letter dated Nov 28.

Among the detailed breaches listed in the letter included claims that FGV had failed to ensure valid employment contracts detailing payments and working conditions that were to be negotiated with the workers, including those recruited by contractors.

Workers were also allegedly not accorded the right to terminate their employment contracts, while "potential discriminatory practices" between local and foreign workers have been identified, the latter of which FGV did not deny, it said.

In addition, the RSPO stated that findings indicated that while FGV provided monthly subsidies for water and electricity, as well as conducted periodical medical examinations for work permit renewal purposes, there was allegedly "nothing" to show FGV had complied with its requirements for the provision of adequate and affordable water and electricity supplies, and periodical medical examinations.

FGV was also unable to show that the alleged hiring of undocumented or illegal workers, as reported in the 2015 WSJ report and to which an FGV contractor "admitted to" when interviewed by the RSPO, "has to date, been properly audited/investigated and rectified across all its plantations".

As a result of its findings, the letter stated that the RSPO secretariat had instructed that the body suspend the certificate for one of FGV's palm oil factories in Negeri Sembilan and its supply bases.

The suspension is to be lifted on condition that FGV complies with the RSPO directives, which included a legal and audit review, as well as submission and subsequent implementation of an action plan.

Failing this, the body stated it may impose sanctions, although it did not specify the nature of the sanctions.

Malaysiakini has contacted FGV, which stated it will be issuing a response later in the day.