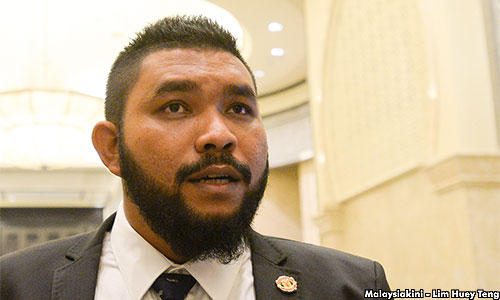 Fuzi said the police would conduct an investigation against Wan Muhammad for trying to incite the public over racial issues.

"If we allow such things (spreading of seditious material) to go on, it will cause other security-related issues," he told reporters after witnessing a handing-over of duties ceremony for the Perak police chief's post in Ipoh today.

The Facebook page using the moniker 'Sir Azri' is believed to be owned by Wan Muhammad and featured a live video recorded on Wednesday focusing on the topic 'Ini Tanah Melayu' (This is the land of the Malays).

Fuzi said the police would not hesitate to take action against any individual who used social media to cause anxiety and tension among the people.

In another development, he said the police would open an inquiry into the police report filed by the Perak Pakatan Harapan secretariat chief V Sivakumar who claimed efforts were being made to overthrow Perak Menteri Besar Ahmad Faizal Azumu.

"We are aware of this and will take the necessary measures to ensure that this situation does not affect security, especially in Perak," he said.

On Wednesday, Sivakumar lodged a police report at the Dang Wangi police station requesting a thorough investigation of the matter.

Perak DAP chairperson Nga Kor Ming on Tuesday confirmed that there was a conspiracy to topple Ahmad Faizal.

This was based on an expose by Asmuni Awi, the state religious affairs, Islamic education, rural and entrepreneur development committee chairperson who said that Perak Umno leaders had offered him the post of menteri besar and invited him to leave Pakatan Harapan to form a new state government. - Bernama