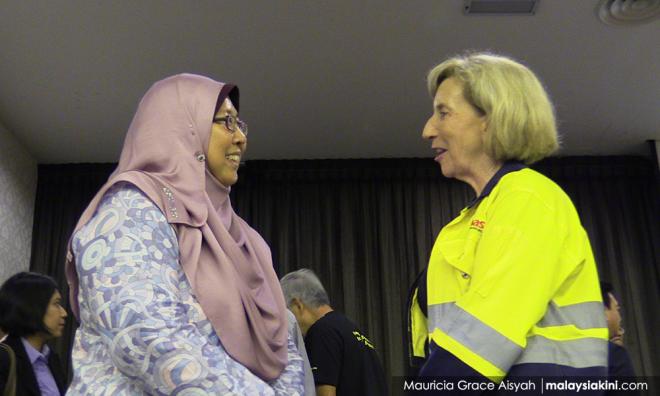 The findings of the executive committee to review the operations of Lynas Advance Material Plants (LAMP) in Gebeng are expected to be made public soon.

Deputy Minister in the Prime Minister’s Department Fuziah Salleh said she was informed that the report on the matter had been submitted to Energy, Science, Technology, Climate Change and Environment Minister Yeo Bee Yin last Tuesday.

"I came to understand that Yeo was to reveal the findings yesterday but it did not happen … maybe in two or three days. I know the people of Kuantan are eagerly awaiting the report,” the Kuantan MP told reporters after officiating the Pahang-level National Family Day 2018 celebration at Pusat Pembangunan Kemahiran Pahang in Kuantan today.

She said she was aware the people of Kuantan are keen to know the findings of the committee as many are deeply concerned that the factory, which manufactures rare earths, poses public health risks.

Meanwhile, in her speech, Fuziah reminded parents not to be shy about educating their children about the dangers of the cyberworld.

She said that parenting was becoming increasingly challenging with the advance of technology which brought along with it negative elements like the proliferation of pornography and thus “the old style of parenting might no longer be suitable”.