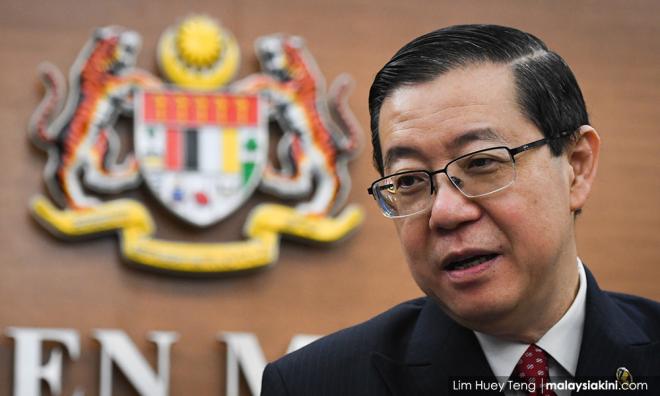 Lim: Gov't needs 3 years to bring economy back on track

Lim said currently, the government needs at least three years to do bring back the country on track.

“It is certainly not an easy task. We need quite a long time, but in the 2019 Budget, we set a three-year period to bring the country back on track, but it does not mean we can reduce the debt, but at least in a healthy situation where we can deal with big debt problems amounting over RM1 trillion, problems of not enough funds and others.

"Although the economic situation now is bad, I am confident, and looking at the projections, not only in terms of higher FDI, in fact in the latest Bloomberg economic report, amongst all developing countries, Malaysia is number one,” he said, adding that this was despite Pakatan Harapan only being in power for six months.

“That is only just the beginning, we have a long way more to bring back the country on track, but at least we are on the right track. That's important. If we look at the amount of foreign investments coming to Malaysia, for the first nine months, it is encouraging.

"This is a very good sign indicating increasing confidence by other countries under the leadership of Prime Minister Dr Mahathir Mohamad who is trying to bring Malaysia back on track, and to let the world know that Malaysia is now free from the grip and shackles of global kleptocracy and has become a become a healthy democratic country."

In another development, Lim called on former prime minister Najib Abdul Razak to not blame him in the issue on the sale of 16 percent stake in IHH Healthcare Bhd to Mitsui & Co Ltd as all Khazanah Nasional Bhd's affairs were under prime minister Mahathir.

”Najib has made a statement against me, I think he has strayed because the matter is not under me, as Khazanah affairs are under the prime minister,” he added.

Meanwhile, when asked on the planned opposition gathering on Dec 8 in connection with the International Convention on the Elimination of the Discrimination of Racial Discrimination (Icerd) Lim said the parties concerned should heed the advice of the relevant authorities.

“Personally, I think anyone who wants to hold a peaceful assembly is allowed, but in the current condition, I think it is not suitable,” he added.

Last Nov 23, the Prime Minister's Office in a statement said the Harapan government would not ratify Icerd and would continue to uphold the Federal Constitution, which contained the social contract that had been agreed by representatives of all races during the formation of the country.