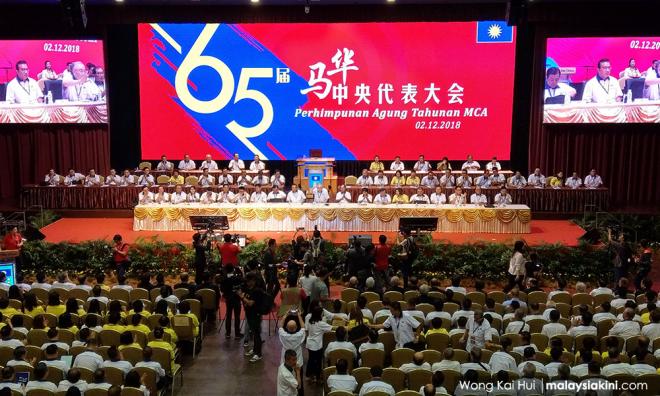 MCA AGM | Five MCA central delegates staged a walkout from the party's annual general meeting today in protest against a resolution to push for the dissolution of BN.

The group was unhappy that MCA opted to push for dissolving BN instead of leaving the coalition – which, according to Perlis MCA delegate Lok Kee Beng, is what the Chinese community wants.

"Today, we were here to decide if MCA should stay in BN," Lok told reporters after leaving the assembly with four of his colleagues...