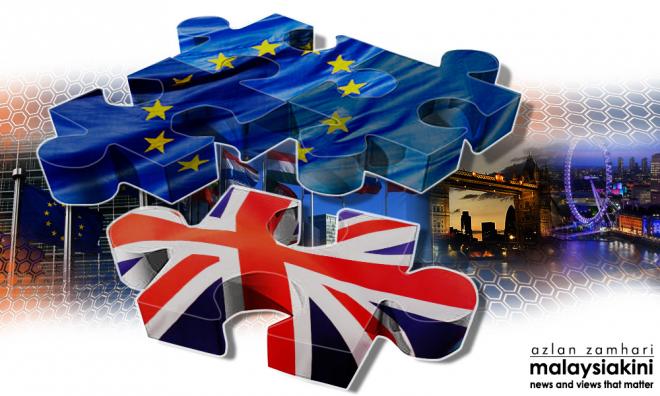 British manufacturers are heading into their slowest year of growth since 2015 as Brexit uncertainty hits foreign demand and businesses brace for potential shortages of raw materials, their trade association, EEF, forecast today.

EEF predicts factory output growth will fall to 0.3 percent next year from an estimated 1.1 percent in 2018.

"The moderation in manufacturing performance over the course of this year appears to have gathered pace during the final quarter, with more clouds on the horizon than there have been for some time," EEF's chief executive, Stephen Phipson, said.

EEF works with manufacturing, engineering and technology-based businesses in the UK and it is the largest sectoral employers' organisation in the country.

Prime Minister Theresa May faces an uphill battle to win the parliamentary vote next week on a transition deal aimed at avoiding a cliff-edge Brexit when Britain leaves the European Union on March 29.

Last week Bank of England Governor Mark Carney warned the economy could shrink by eight percent in the space of a year in the event of a "disorderly" no-deal Brexit, a sharper contraction than during the 2008 financial crisis.

British carmakers and chemical plants are the manufacturers with the most to lose from Customs delays, new tariffs and other trade barriers, the BoE said, predicting losses equivalent to around 20 percent of output in a worst-case scenario.

EEF said a survey of 329 of its members, conducted from Oct 31 to Nov 21, showed that export order growth had halved.

"There are likely to be a number of causes for the fall in exports this quarter, uncertainty over our future relationship with the EU being the main one," said Tom Lawton, a partner at accountants BDO, which sponsors the survey.

More subdued global growth, the fading effects of a sterling depreciation after the Brexit referendum in 2016 and the rise of protectionist policies were further challenges, he added.

Domestic demand was stronger, but anecdotal evidence suggested this reflected firms stocking up on parts and supplies in case of disruption next year, EEF said.

Manufacturing accounts for about 10 percent of Britain's economy.