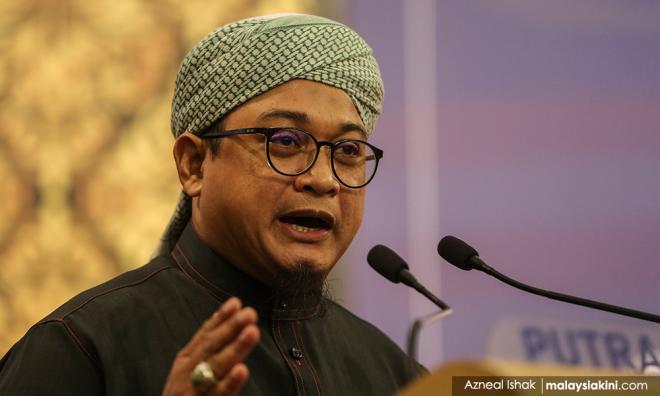 PAS has warned the government against using exposé on the mismanagement in Tabung Haji as a tool for vengeance, and to distract from this Saturday's rally against the International Convention on the Elimination of All Forms of Racial Discrimination (Icerd).

"We hope the exposé on alleged misappropriation in Tabung Haji is not just another part of the Pakatan Harapan government's series of vengeance against the old government that was fabricated without solid evidence.

"Don't use it to distract the public, especially the Malays and Muslims, from the anti-Icerd rally on Saturday," PAS information chief Nasrudin Hassan said in a statement today.

"It would be most unfortunate if it was done with ill intent and had a certain agenda to demolish an Islamic institution and erode the confidence of Muslims, especially the depositors in Tabung Haji," he added.

The anti-Icerd rally is meant to "celebrate" Putrajaya's decision not to ratify the UN convention, which PAS and Umno said would impinge on bumiputera rights.

Last Friday, a report was lodged by the current Tabung Haji management against former chairperson and Baling MP Abdul Azeez Abdul Rahim on the alleged misuse of RM22 million in welfare funds for political activities.

Yesterday, Singapore's Straits Times also reported that the pilgrimage fund allegedly cooked its books to justify paying a dividend of up to 6.25 percent ahead of the 14th general election.

Nasrudin said a wrong is still a wrong, but stressed that it should go through the proper legal processes.

"We don't want it to be 'judged' by the public through perception and media interpretation, as well as confusing political statements that muddy the waters.

"Don't destroy the truth with slander and allegations," he said.