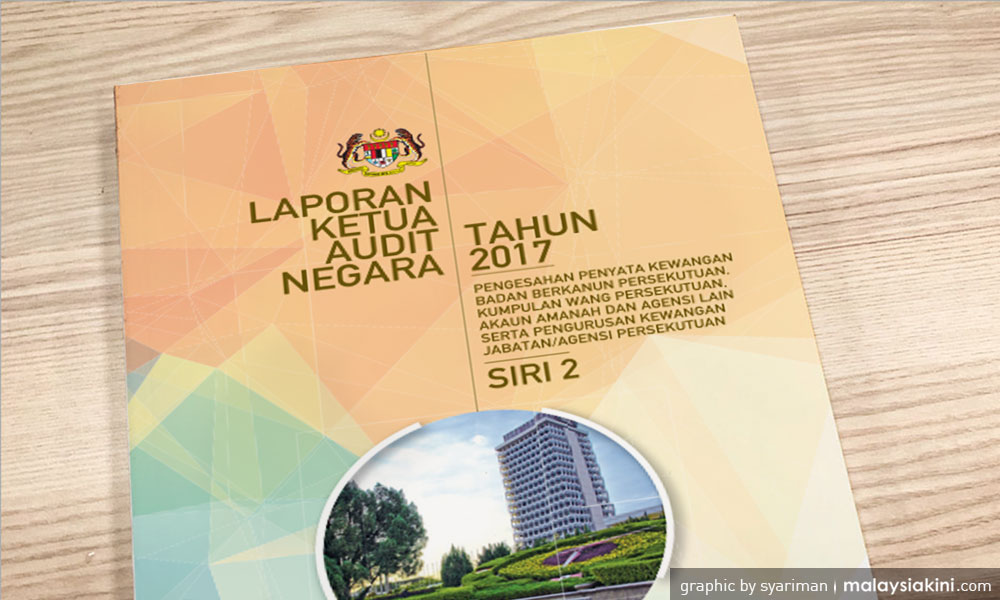 She said 16 performance audits and eight government company management audits were carried out at the federal government level.

"At the state level, 25 performance audits and 13 management audits were carried out on government companies. The audit covered various fields including management of programmes/activities, construction, procurement, systems/ICT, maintenance and revenue management," she said in a statement to Bernama.

"The National Audit Department audited 148 financial statements for the 2017 financial year on federal statutory bodies, Federal Consolidated Funds and Trust Accounts and other agencies," she said.

Madinah added that as at Nov 21, 2018, there were 325 financial statements to be audited and those which have been verified involved 13 state governments, state statutory bodies (151), local authorities (148) and state Islamic Religious Councils (13).

According to Madinah, the performance audits were conducted in accordance with international auditing standards, namely the International Standard of Supreme Audit Institutions (ISSAI) 3000, 3100 and 3200.

She said beginning with the 2017 Series 2 report, the National Audit Department had improved the performance audit approach by emphasising on output and outcome evaluation, as well as the effectiveness of service delivery and the level of satisfaction of target groups on the government programmes or projects.

The report could be accessed through the National Audit Department website from today.