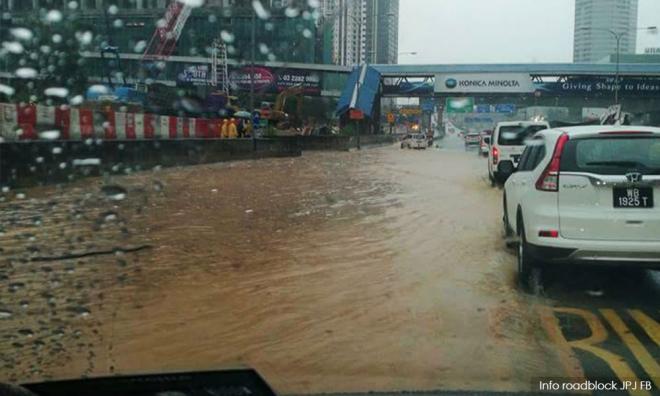 Floods in S'gor to continue until completion of all mitigation projects

AUDIT REPORT | The Auditor-General’s Report 2017 (Series 2) states that the flood issue in Selangor will only be resolved upon completion of all mitigation projects in the state.

It said that out of 75 RTB projects planned, only 33 projects could be completed between 2014 and 2017, and this has resulted in floods continuing to occur in areas where projects were not carried out.

The report also stated that evaluations on completed projects could not be conducted fully, as preventive activities were still ongoing and their implementation was linked to one another.

“To address flood problems, the Irrigation and Drainage Department needs to implement projects that can mitigate some of the flood problems, but only 33 projects have been completed, and have reduced the impact of floods in the affected areas.

“JPS acknowledges that incidence of floods as a whole cannot be fully addressed until all the planned projects are completed in stages," said the report.

According to the report, several weaknesses in job specification and quality, as well as on occupational safety management were found that affected effective management of the flood mitigation projects.

They included delay of between 22 and 124 days for signing of a project contract, one project not complying with the stipulated job specifications; unsatisfactory quality of construction work in two projects; and five of 18 Work Change Orders (APK) containing weaknesses avoidable withj proper planning and specifications made based on relevant guidelines.

To address the weaknesses, the report recommended that the Irrigation and Drainage Department take several actions, including monitoring contractors to ensure specifications are adhered to, quality of work and safety onsite are observed, contracts signed within the stipulated period; interim certificates prepared in accordance with the prescribed regulations; as well as providing specifications and design that take into account all the requirements at the site to reduce work changes.

Meanwhile, the audit report for the Selangor Financial Statement showed that the state's financial performance on Dec 31, 2017 was strong.

The state government, it said, also recorded a deficit increase in the consolidated revenue account amounting to RM368.56 million (25.4 percent) in 2017 compared to a deficit of RM144.66 million in the previous year.