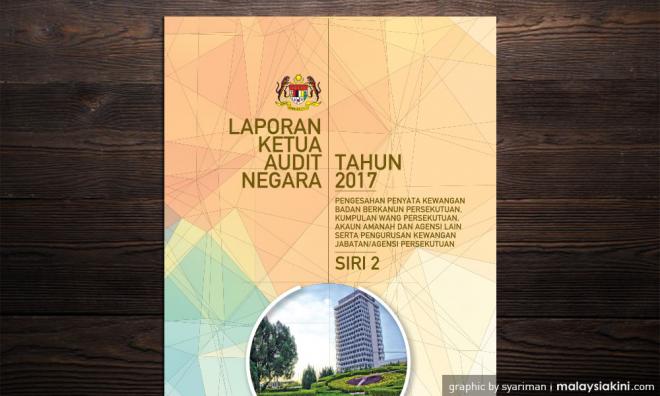 RM279m in housing subsidies used for other purposes - Audit report

AUDIT REPORT | A total of RM279.2 million in government subsidies allocated for the construction of 13,690 units of 1Malaysia People-Friendly Houses (RMR1M) was used for other purposes without the Finance Ministry's approval.

According to the Auditor-General’s Report 2017 (Series 2) presented in Parliament today, it was also discovered that the number of RMR1M houses constructed as of Dec 31, 2017 had not reached the target.

“Payments to contractors was not according to the schedule and the quality of the RMR1M houses also did not meet the specifications set,” said the report.

The RMR1M is one of the two categories of houses built under the People-Friendly Houses by Syarikat Perumahan Negara Bhd’s subsidiary, SPNB Mesra Sdn Bhd.

According to the report, SPNB Mesra Sdn Bhd’s overall governance practices were satisfactory and its overall financial position was stable, although the company recorded losses between 2014 and 2016.

“However, there is still a need to improve in terms of the composition of its board of directors, the preparation of business plans, payment of fixed allowances, meeting allowances and chairman’s perks,” it said.

The report also suggested for SPNB Mesra’s board of directors to consider using the subsidies for the purpose of RMR1M’s construction to reach the target.

“The audit would also like to suggest for a review of the prices offered to the contractors in accordance with the latest market prices and to pay the contractors to achieve the objective, which is to help develop and empower bumiputera contractors,” it added.