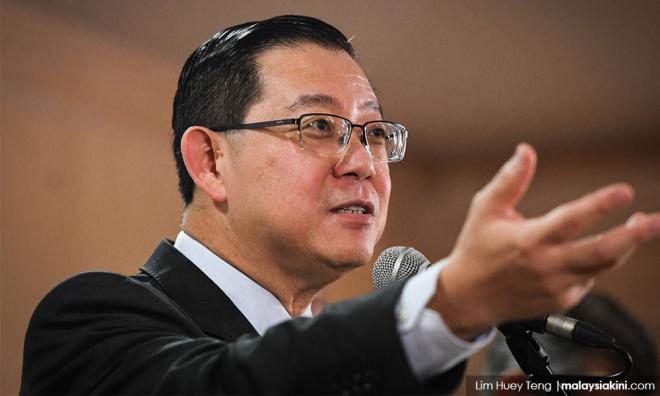 In a statement today, Lim said each of these university colleges would receive RM2 million for use in its development budget for next year.

“Despite a lack of support from the previous administration, people from all walks of life have been mobilised to make every effort to provide quality education at a low cost (at nonprofit educational institutions), and produced many graduates to be pillars of the nation over the past decades.

“The Pakatan Harapan government is grateful to the Chinese community for its hard work in cultivating talents for the nation, and has therefore allocated RM12 million for Chinese independent schools, and RM15 million for national-type Chinese schools in the 2019 Budget for their development expenditure.

“Now, we take the next step by providing allocations to nonprofit institutions of higher education, so that Southern, New Era, and Han Chiang university colleges can also benefit and reduce their burden," his statement read.

He said that if MCA was to do this by raising tuition fees, the Finance Ministry and other “units” would jointly take action against the party.

“TAR UC has enjoyed surpluses and can maintain its present fees and improve staff welfare. During the BN administration, its allocation was slashed by RM39 million, but it was still able to continue without raising its fees.

“If they now want to raise fees by 15 percent because the Harapan government wants to reduce its allocation by RM24.5 million, that is exploitive to the students and is unacceptable,” he said.

Lim reiterated that MCA should cut ties with TAR UC, and let the university’s alumni association take over its administration.

This, he said, would allow the college to perform even better, and would also make it eligible to obtain at least RM30 million in government allocations.

In previous parliamentary debates on Putrajaya's 2019 budget proposal, Lim said that the MCA-founded TAR UC would only receive a grant of RM5.5 million.

This triggered protests by MCA leaders and accusations of a political vendetta, which then prompted party president Wee Ka Siong to moot a 15 percent hike in tuition fees.

MCA had also dismissed the suggestion of allowing TAR UC's alumni association to take over the administration of the college.