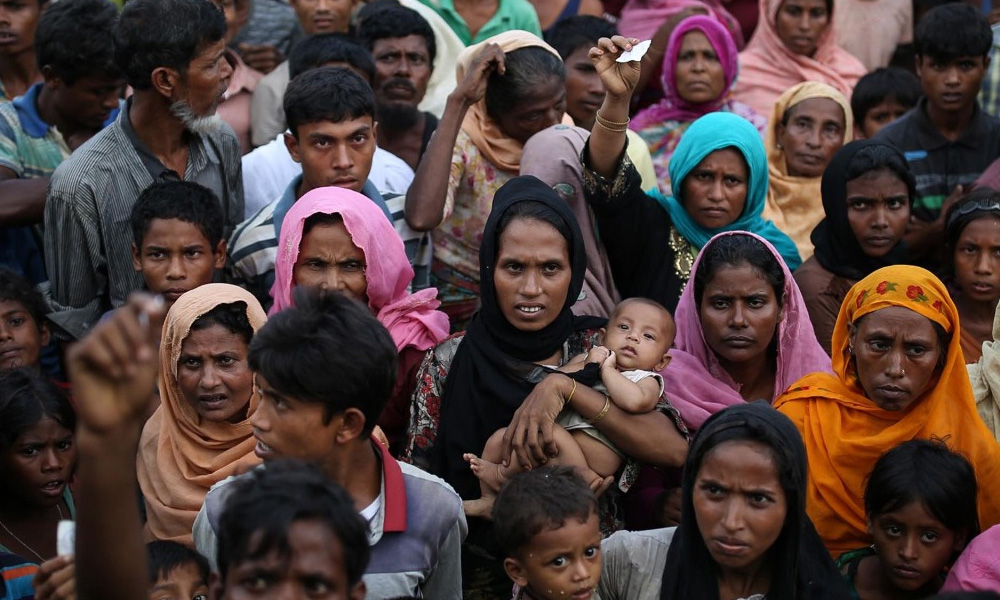 US law group: Urgent need for tribunal for crimes against Rohingya

A human rights law group contracted by the US State Department to investigate atrocities against Rohingya Muslims in Myanmar said on Monday there was an urgent need to establish a criminal tribunal to bring those responsible to justice.

A report released on Monday by the Washington-based Public International Law and Policy Group (PILPG), based on more than 1,000 interviews with Rohingya refugees who fled to Bangladesh, said there were reasonable grounds to believe the Myanmar military committed crimes against humanity, genocide and war crimes against the minority group.

“The international community is obliged to protect populations subjected to atrocity crimes by the own governments and ensure justice and accountability for such crimes,” the report said.

It called for “a politically viable choice to be made and the urgent establishment of an accountability mechanism or an immediate reference of the situation to the ICC (International Criminal Court).”

A report by United Nations investigators in August found that Myanmar’s military carried out mass killings and gang rapes of Rohingyas with “genocidal intent” and the commander-in-chief and five generals should be prosecuted under international law.

That report called for the UN Security Council to impose an arms embargo, targeted sanctions and for the suspects to be tried by an ad hoc tribunal or referred to the ICC.

However, diplomats say veto powers China and Russia are likely to protect Myanmar from UN action.

The PILPG’s interviews with refugees formed the basis of a US State Department report released in September, but the US government stopped short of labeling the atrocities crimes against humanity, genocide or war crimes.

The State Department report, the subject of internal debate that delayed its rollout for nearly a month, referred to a “well-planned and coordinated” campaign of mass killings, gang rapes and other atrocities.

A declaration of genocide by the US government, which has only gone as far as labelling the crackdown “ethnic cleansing,” could have legal implications that may commit Washington to stronger punitive measures against Myanmar. This has made some in the Trump administration wary of issuing such an assessment.

The lawyers’ report, based on the work of 18 investigators from 11 countries, found that Rohingya men, women, and children were the victims of “mass shootings and aerial bombardments, gang rapes and severe beatings, torture and burning, and attacks from flamethrowers and grenade launchers.”

It focused on the build up to and conduct of “major systematic attacks” in Rakhine State between Aug 25 and Sept 4 last year.

“These attacks were all part of a highly coordinated military campaign that required tactical and logistical planning,” it said.

“Specifically, interviewees reported the use of aircraft, artillery, and the transport of thousands of soldiers to remote villages. Furthermore, Myanmar armed forces executed this campaign in multiple places across northern Rakhine State within a matter of hours or days.”

Critically, the report found that even as the Rohingya fled their villages for Bangladesh they were fired on by military helicopters while the Myanmar Navy sought to sink overcrowded ferries, showing that the campaign went beyond the aim of merely driving the people out, to one of eradication.

“The scale and severity of the attacks and abuses ... suggest that, in the minds of the perpetrators, the goal was not just to expel, but also to exterminate the Rohingya,” the report said.

The military in Myanmar, where Buddhism is the main religion, has denied accusations of ethnic cleansing and says its actions were part of a fight against terrorism.