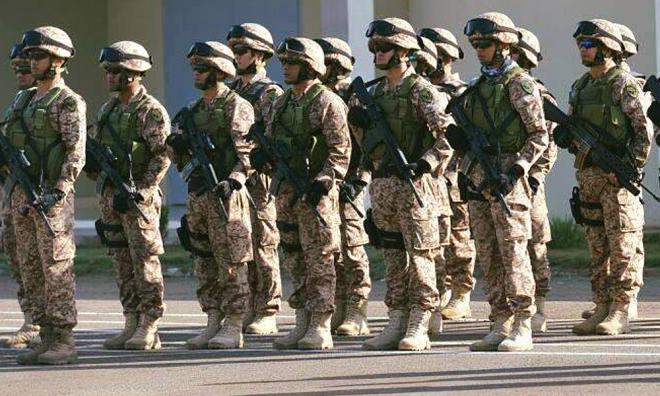 He said this when asked to respond to Deputy Defence Minister Liew Chin Tong's claim that Ops Yaman 2 went ahead although it did not receive a nod from the cabinet.

"NSC. He (Liew) has to know what is the NSC. I think he doesn't know everything about the government.

"I think they (Pakatan Harapan) don't know how to be ministers," Hishammuddin told reporters at Parliament's lobby today.

The council was preceded by Majlis Gerakan Negara (Mageran). Both councils drew their legitimacy from Emergency-era laws which were later repealed by the Najib Abdul Razak administration.

In August 2016, the NSC took the form of a statutory body following the passage of the National Security Council Bill 2015.

The law gives the prime minister sweeping powers to declare "security areas" with emergency-like powers without judicial or parliamentary oversight.

However, nothing in the law suggests that the NSC has the power to oversee military deployments abroad.

Given the chronology of events Liew gave to the Dewan Rakyat, Hishammuddin would have sought the NSC's approval sometime in the first half of 2015.

Liew (photo, below) told the Dewan Rakyat that 42 military personnel were assigned to Riyadh, Saudi Arabia on April 6, 2015, for a mission, dubbed Ops Yaman 1, to evacuate Malaysians stranded in Yemen, which was facing civil war.

However, since June 11, 2015, Malaysian military personnel have apparently taken part in logistics missions to aid the Saudi-led coalition's war effort in Yemen. This was known as Ops Yaman 2.

Liew said the 89 military personnel were involved on different occasions as each deployment lasted only three months.

The deputy minister stressed that the Malaysian military personnel were never combatants in the Yemeni conflict. All Malaysian troops were withdrawn from Riyadh in September by the new federal government.

The Yemeni civil war has been going on since March 22. The conflict has left hundreds of thousands of people dead and millions displaced.

The Najib-administration had previously denied that Malaysia was part of the Saudi-led coalition, despite a UN report stating otherwise.

Meanwhile, Hishammuddin said Ops Yaman 2 was a state secret and urged the current administration to investigate him for wrongdoing.

He also claim that the military personnel that were deployed for Ops Yaman 2 were not trained for combat.

He accused Liew of adopting an "opposition mentality" in trying to find fault with the previous government.

"If I am wrong, investigate using the appropriate authorities. Declassify the information, then he will know how many students we saved in Yemen (during Ops Yaman 1)," he said.

When met later, Liew insisted that such military operations required cabinet approval because it involved funding. In the case of Ops Yaman 2, the cost was RM14 million.

"There were 12 rotations (of military personnel). It involved a lot of our troops," said Liew.