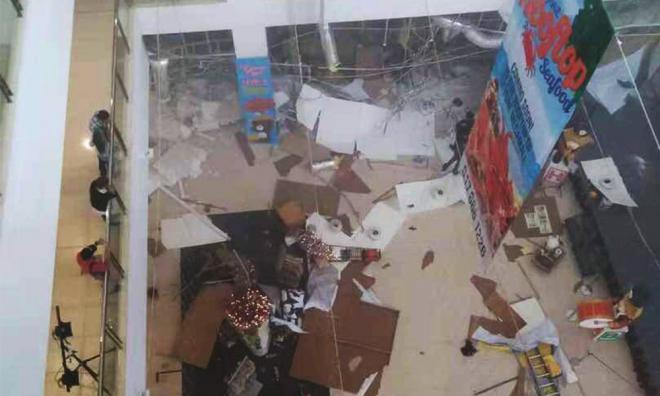 Witness: I ran into collapsed site twice to find my husband

"Before the incident, I could see my husband in the restaurant kitchen but after the blast, he was completed buried under debris,” said an eyewitness of the gas explosion at CityOne Megamall in Kuching yesterday evening.

According to Aimy Mohamad, 19, who is the wife of the restaurant worker, the explosion was extremely loud.

The blast at the Jalan Song premises took the lives of three men while 44 were injured.

Aimy, who works at a shop nearby, said she was struck by wooden splinters but mustered the courage to look for her husband Uzair Abu Bakar,19, in the restaurant.

“The explosion occurred in a split second, I heard a loud bang before the ceiling of the restaurant collapsed and my husband could not be seen any more.

Aimy said her husband, who had just started work two days ago as a kitchen helper, was finally found by rescuers.

"My husband had burns from the head to the waist as he was nearest to the gas tank and is being warded at HUS Intensive Care Unit.

“Last night I found out he was conscious and his condition is stabilising,” said the mother of two daughters.