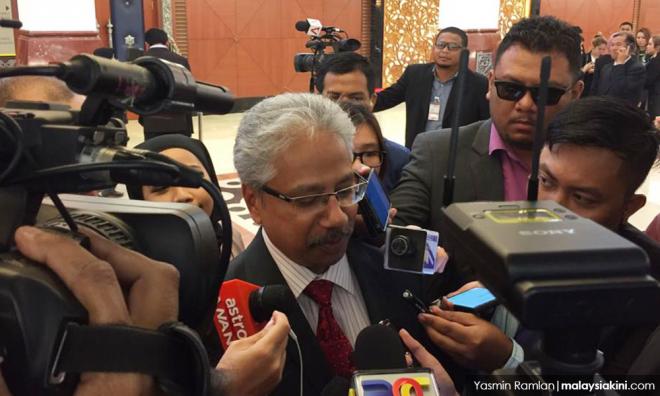 Minister in the Prime Minister's Department P Waythamoorthy has claimed that he has no assets to declare to the MACC.

Waythamoorthy, who is also Hindraf chairperson, claimed that all his earnings have been spent in his fight for the Indian Malaysian community over the years.

"All my life, I've been an activist; all my income was spent on the struggle for the community of the Indian poor.

"I was also a lawyer, but I do not have any (assets), as for a long time, I spent all my income like that (fighting for the community)," he told reporters at the Parliament lobby today.

According to the MACC asset declaration website, the minister, who oversees the national unity and social wellbeing portfolio, is one of several Pakatan Harapan lawmakers yet to declare their assets.

However, it was previously reported that Federal Territories Deputy Minister Shahruddin Md Salleh was the sole member of the current administration who had yet to make a declaration.

According to the MACC, 13 MPs have also yet to submit their declarations, along with 24 government administrative members, including political secretaries.

Waythamoorthy said he had already declared his income but had no assets to declare.

"I had instructed my office to inform the MACC to put a note to my name saying that I have no assets, so just source of income," he said.