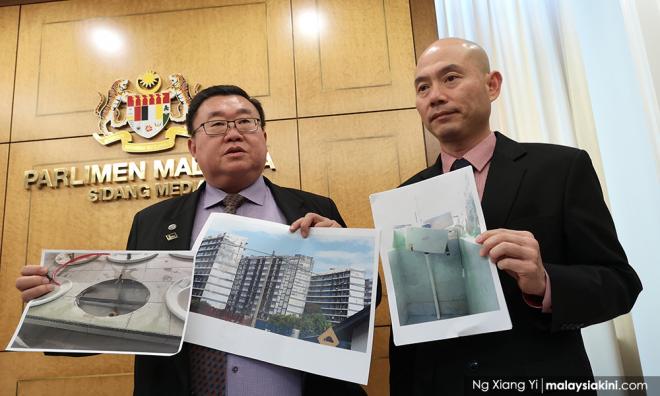 Rotten food, unusable toilets and broken lifts are among the complaints two DAP lawmakers have received from trainers at the Malaysian Police Training Centre (Pulapol) in Kuala Lumpur.

Elevators for many of the buildings in Pulapol broke down two years ago and remain unusable, claimed Kepong MP Lim Lip Eng, adding that the lighting and the toilets are in a sorry state.

Lim also alleged that at least three cases of mass food poisoning have occurred this year, which caused dozens to be hospitalised.

"The supplier supplied rotten chicken and fish... This is not the first time, but the Home Ministry is still using the same supplier.

"Why is this? The Home Ministry has to answer. I hope the cabinet looks into this. Imagine, this is the place where we train our future inspectors-general of police," he told reporters at the Parliament lobby.

"If this is Pulapol, imagine what it's like in a police lockup."

Lim stressed that he was not criticising the police force, and was only relaying the views of senior police personnel who approached him on the matter.

The person who is in charge of Pulapol should be held responsible, he added.

Kampar MP Thomas Su, meanwhile, told reporters that the government must take care of police officers, whom Malaysians depend on for security.

"This is very simple logic," he said.